The dollar index, which measures the greenback`s value against other major currencies, was down 0.3 percent and close to this week`s three-year lows. 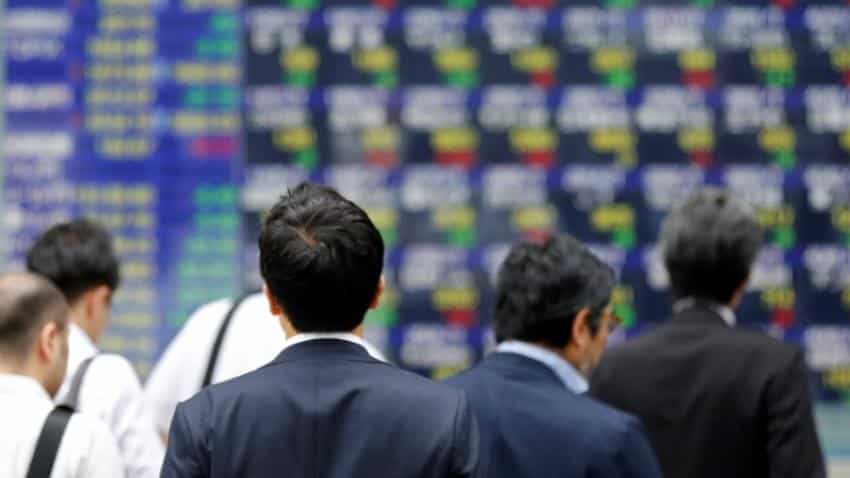 The dollar wallowed near three-year lows on Friday as heightened fears of a US government shutdown unnerved investors. Image source: Reuters
RELATED NEWS

The dollar wallowed near three-year lows on Friday as heightened fears of a U.S. government shutdown unnerved investors, while U.S. Treasury yields continued an upward march to hit their highest levels since September 2014.

Legislation to stave off an imminent federal government shutdown encountered obstacles in the Senate on Thursday night, despite the passage of a month-long funding bill by the House of Representatives hours earlier.

Without the injection of new money, no matter how temporary, scores of federal agencies will be forced to shut starting at midnight on Friday, when existing funds expire.

The dollar index, which measures the greenback`s value against other major currencies, was down 0.3 percent and close to this week`s three-year lows.

It was heading for a fifth week of falls and has lost 2 percent in the early days of 2018.

"Odds of a U.S. government shutdown have risen sharply in the past 24 hours," said ING currency strategist Viraj Patel.

"While we would expect such noise to keep the dollar on the back foot, any fundamental fallout at this stage would seem premature – not least as history tends to show that some sort of conciliatory approach to keep the government functioning in the long-run will ultimately prevail within Congress."

Market players said worries of a shutdown may have also weighed on sentiment in bond markets, which remain under pressure from expectations that strong economic data globally will encourage the U.S. Federal Reserve to press ahead with monetary tightening.

US 10-year Treasury yields hit their highest level in more than three years at 2.642 percent on Friday.

Marie Owens Thomsen, chief economist at Indosuez, said the firm attributed a 30 percent probability of a shutdown -- an event that could push yields higher.

U.S. stock futures traded broadly higher, pointing to a firm open for Wall Street and suggesting equity investors were shrugging off the wrangling in Washington.

Stock markets in London, Paris and Frankfurt were 0.3 to 1 percent higher, while the pan-regional STOXX 600 hit a new 2-1/2 year peak as confidence over economic and earnings growth helped consolidate a strong start to the year.

The MSCI world equity index, which tracks shares in 47 countries, also touched record highs with Asian stock markets continuing to benefit from data on Thursday that showed China`s growth in 2017 accelerated for the first time in seven years.

The euro rose 0.2 percent to $1.2260 after hitting a three-year peak above $1.2300 earlier this week on expectations that the European Central Bank would take steps towards winding back on stimulus measures to normalise monetary policy.

The euro`s rally was tempered later as some ECB officials voiced worries about the currency`s strength.

China`s yuan meanwhile breached the psychologically important 6.4 dollar level for the first time in more than two years the day after Beijing said annual growth was 6.8 percent in October-December, slightly above forecasts.

Oil prices slid and were on course for the biggest weekly falls since October, as a bounce-back in U.S. production outweighed ongoing declines in crude inventories.

Brent crude futures were at $68.67 a barrel, down 0.9 percent on the day, while U.S. West Texas Intermediate (WTI) crude futures fell a similar amount to $63.40 a barrel.

Gold prices were up 0.5 percent, supported by a weaker dollar, but the metal was still on track for its first weekly drop in six weeks.