Investors otherwise broadly remained on the sidelines ahead of an expected interest rate cut from the U.S. Federal Reserve on Wednesday and the next round of U.S.-China trade talks on Thursday. 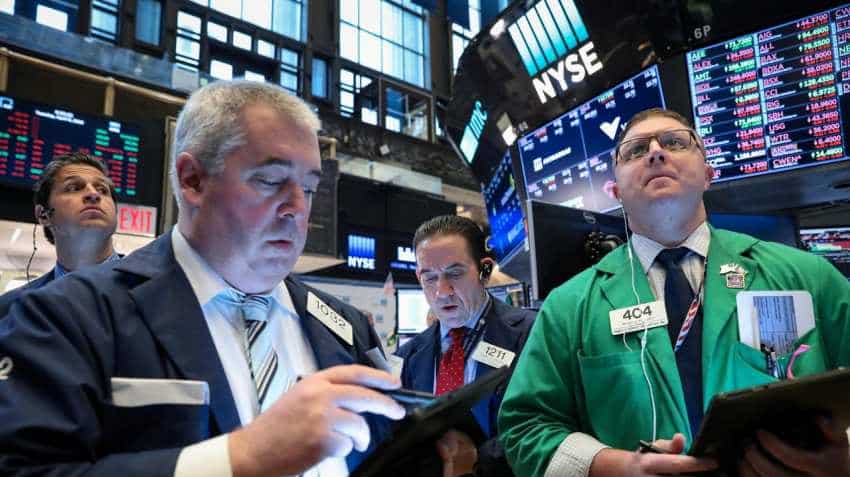 US President Donald Trump has authorised the release of emergency crude stockpiles if needed, which could ease some upward pressure on crude futures. Image source: Reuters
Written By: Reuters
RELATED NEWS

Oil shed some of its massive gains on Tuesday as the United States flagged the possible release of crude reserves, but the threat of military action over the attacks on Saudi oil facilities kept prices elevated and stocks under pressure. While equity market losses have not been large, shaky investor confidence continued to support safe-haven assets, with gold edging higher on Tuesday and Treasury prices rising.

Investors otherwise broadly remained on the sidelines ahead of an expected interest rate cut from the U.S. Federal Reserve on Wednesday and the next round of U.S.-China trade talks on Thursday.

MSCI`s broadest index of Asia-Pacific shares outside Japan was down 0.6%. Chinese shares fell 0.85%, while Australian shares were down 0.27%.

"There is certainly a risk-off tone, but I`m surprised the markets are not reacting more," said Tsutomu Soma, general manager of fixed income business solutions at SBI Securities in Tokyo.

"The U.S. and other countries have oil reserves, which helps sentiment in a case like this. You also have a lot of positions riding on the Fed meeting."

Brent crude, the international benchmark, fell 1.78% to $67.79 per barrel in Asia on Tuesday. On Monday Brent surged by 14.6% for its biggest one-day percentage gain since at least 1988.

Saturday`s attack on Saudi oil facilities has halved the kingdom`s oil output, creating the biggest disruption to global oil supplies in absolute terms since the overthrow of the Iranian Shah in 1979, International Energy Agency data show.

US President Donald Trump has authorised the release of emergency crude stockpiles if needed, which could ease some upward pressure on crude futures.

Trump said on Monday it looked like Iran was behind the attacks but stressed that he did not want to go to war, striking a slightly less bellicose tone than his initial reaction.

Iran has rejected U.S. charges that it was behind the attacks. Tension between the two countries was already running high over Iran`s suspected ambitions to assemble nuclear weapons. The strikes in Saudi Arabia are likely to raise regional tensions even further.

The People`s Bank of China extended 200 billion yuan ($28.27 billion) of loans from its medium-term lending facility on Tuesday to maintain liquidity but kept the one-year lending rate unchanged at 3.3%.

Many analysts expect China to lower benchmark rates for new loans on Friday to keep pace with monetary easing by other central banks.

Japanese stocks briefly hit a fourth-month high shares of oil and gas companies rose, but the gains in the broader index quickly faded and the Nikkei average traded down 0.19%.

The dollar was little changed at 108.15 yen. Some traders said it would be difficult to take big positions in the currency pair before the outcome of two important central bank meetings this week.

The Fed is expected to cut interest rates at a policy meeting ending on Wednesday, which could put pressure on the Bank of Japan to ease policy at a meeting the following day.

Trump said on Monday that the United States has reached initial trade agreements with Japan, but traders are also focused on the US-Sino trade war.

Deputy-level talks between the United States and China are scheduled to start in Washington on Thursday, paving the way for high-level talks next month aimed at resolving a bitter trade row that has dragged on for more than a year.