China`s industrial output growth slowed to a more than 17-year low, well below expectations, suggesting Beijing was feeling the sting of the protracted trade spat with the U.S. 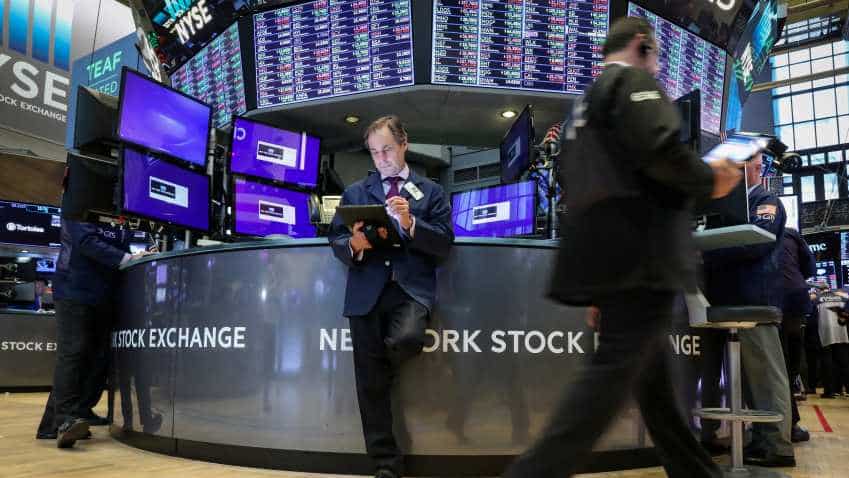 Equity markets struggled and safe-haven assets like gold were in demand on Friday as weak Chinese data stoked investor anxieties over a global growth slowdown and fears of a U.S.-Iran confrontation added to geopolitical uncertainty. Attacks on two oil tankers in the Gulf of Oman lifted oil prices, although they remained on track for a weekly loss on worries a sluggish world economy could hurt demand.

China`s industrial output growth slowed to a more than 17-year low, well below expectations, suggesting Beijing was feeling the sting of the protracted trade spat with the U.S.  "Any time you have weak economic news coming out of China it highlights the fact that the trade tensions are having a negative impact on the global economy," said Robert Pavlik, chief investment strategist at SlateStone Wealth LLC in New York.

"The dollar is strengthening. It’s seen as a safe haven. Treasury yields are moving lower. This is all indicative of concerns the global economy is slowing," Pavlik added.

A warning of a broad slowdown in chip demand from chipmaker Broadcom Inc underscored the effects of the U.S.-China tariff dispute, dragging on European as well as U.S. equity indexes.

EYES ON THE FED
The Federal Reserve is set to hold its two-day monetary policy meeting June 18-19, with investors closely watching its outcome for clarity on expectations for a near-term rate cut.

A Reuters poll showed a growing number of economists expect the Fed to cut interest rates this year, although the majority still expect it to stay on hold. "There`s optimism (Fed Chair Jerome) Powell will come to the rescue on his white horse next week with a dovish statement, not a rate cut yet," Pavlik said. "That`s keeping equity losses in check."

Growing worries about a new U.S.-Iranian confrontation set crude prices on a rollercoaster ride, with Brent futures gaining 0.2% to $61.42 per barrel. Brent surged 2.2% on Thursday after the Norwegian- and Japanese-owned tankers both experienced explosions.

The dollar index, tracking the greenback against six major peers, climbed to its highest in a week after encouraging retail sales data for May eased fears that the U.S. economy is slowing sharply, ahead of the Fed’s meeting next week.

The dollar index rose 0.35%, with the euro down 0.47% to $1.1222. Short-dated U.S. Treasury yields jumped, flattening the yield curve, after data showed a pick-up in consumer spending that subdued investor fears of rapid economic decay in the second quarter.