Investors were also cautious before U.S. and Chinese leaders meet for crucial talks at the end of the week as trade tensions between the economic superpowers showed no signs of easing. "The U.S.-China summit is the biggest event for the rest of the year," said Nobuhiko Kuramochi, chief strategist at Mizuho Securities. 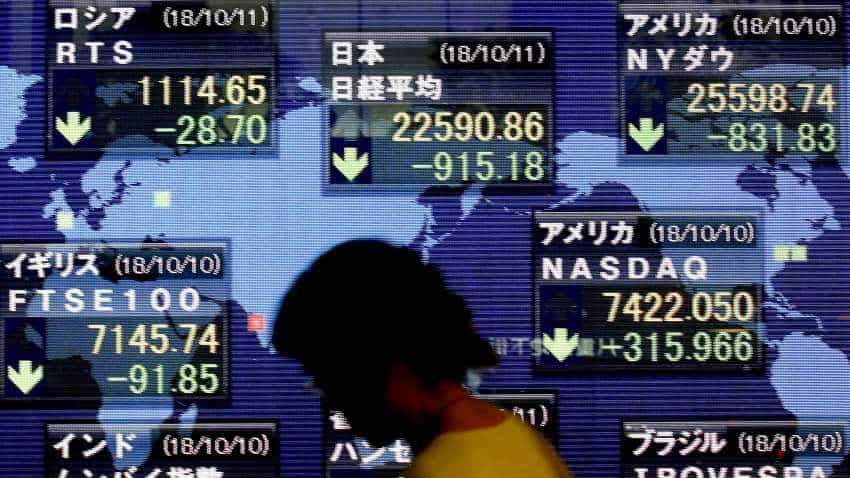 Investors were also cautious before U.S. and Chinese leaders meet for crucial talks at the end of the week as trade tensions between the economic superpowers showed no signs of easing. "The U.S.-China summit is the biggest event for the rest of the year," said Nobuhiko Kuramochi, chief strategist at Mizuho Securities.

Shoppers across the United States snapped up deep discounts on toys, clothing and electronics both online and at stores on Black Friday, giving retailers a strong start to their make-or-break holiday season.

US stock markets had another tough session on Friday, when the benchmark S&P 500 hit its lowest close in more than six months as the energy sector took a beating in the wake of the oil slump.

The S&P 500 fell 0.66 percent to end about 10.2 percent down from its Sept. 20 closing record high, the second time this year it has entered a 10-percent correction after a rout in early February.

Oil prices bounced slightly after having dived 8 percent on Friday for their biggest weekly losses in almost three years as signs of slowing demand and rising U.S. production intensified fears of a supply glut.

So far this month, both WTI and Brent futures were down more than 20 percent, and unless they recover further this week the losses would mark their biggest fall since October 2008.

"COLD WAR"
US President Donald Trump and his Chinese counterpart Xi Jinping are expected to hold talks on the sidelines of a G20 summit in Argentina at the end of this month.

Barring any deals there, the U.S. tariffs on $200 billion goods, introduced in late September, are likely to be raised to a proposed 25 percent next year from 10 percent.

"July-September corporate earnings have hardly been affected by the latest tariffs. It`s in the next earnings that we will see the impact. And if the tariffs are raised further next year, earnings will be hit further," said Mizuho`s Kuramochi.

In that speech, Pence highlighted disputes with China on wide-ranging issues from cyber attacks, Taiwan, freedom of the seas to human rights, accusing Chinese security agencies of masterminding the "wholesale theft of American technology," including military blueprints.

"Pence`s speech is a start of the cold war," said a currency trader at a U.S. bank, meaning global supply chains would be put at risk. "And we have a slowdown in iPhones sales and all that. Bearish factors are piling up," he said.

Already, the global economy is showing cracks with businesses wary about investment amid the rising headwinds to earning growth.

A survey on Friday showed euro zone business growth has been much weaker than expected this month as slowing global economic momentum and a U.S.-led trade war have led to a sharp fall in exports.

IHS Markit`s Flash Composite Purchasing Managers` Index for the euro zone fell to 52.4 in November, its lowest since late 2014. That put pressure on the euro. The single currency traded at $1.1348 , little changed in Asia after a 0.6 percent drop on Friday.

The British pound hardly moved at $1.2818 after European Union leaders sealed a Brexit deal on Sunday. Markets are now looking to whether the deal can get through a fractious British parliament which is set to vote on it just before the next EU summit on Dec 13-14.

The dollar`s index against a basket of six major currencies stood almost flat at 96.888, not far from this year`s top of 97.704 marked two weeks ago.

But it could lose momentum if Federal Reserve policy makers take a more cautious approach to future policy tightening amid concern of economic slowdown next year.

Chairman Jerome Powell will speak on Wednesday while Vice Chairman Richard Clarida`s speech is due on Tuesday.

"If there are no dramatic changes at the weekend G20, then market focus will shift to how the Fed will deal with the current situation," said Masayuki Kichikawa, chief macro strategist at Sumitomo Mitsui Asset Management.

"There are already some dovish comments from the Fed recently. While that would support risk assets, it could lead to a correction in the dollar which has become too strong."