Global stocks rose on Monday amid optimism over planned trade talks between the United States and China, while Turkey`s lira fell after its credit ratings were downgraded and shots were fired outside the U.S. embassy in Ankara. 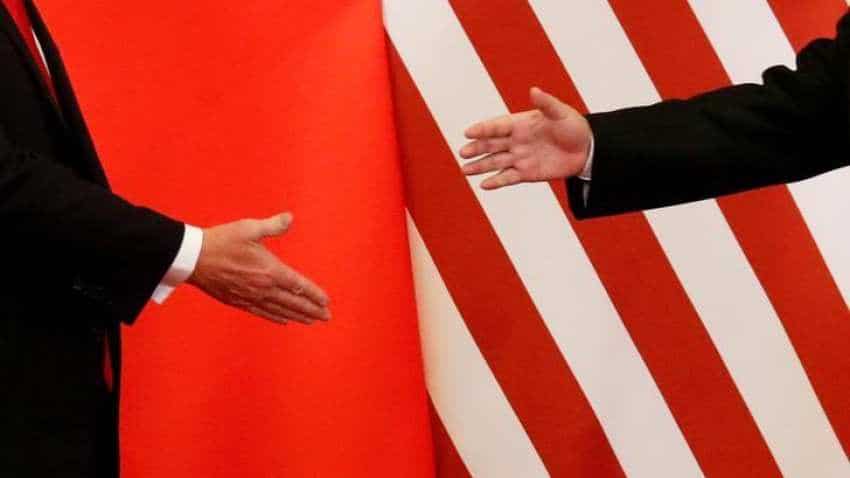 European shares opened higher, as investors hoped the U.S. and China might find a compromise to resolve their trade dispute. Image source: Reuters

Global stocks rose on Monday amid optimism over planned trade talks between the United States and China, while Turkey`s lira fell after its credit ratings were downgraded and shots were fired outside the U.S. embassy in Ankara.

European shares opened higher, as investors hoped the U.S. and China might find a compromise to resolve their trade dispute. The pan-European STOXX was up 0.7 percent, with most markets across the continent gaining.

The gains in Europe helped lift the MSCI All-Country World index, which tracks shares in 47 countries, by 0.3 percent. The gauge has nearly recouped the losses from last week caused by the plunge in Turkey`s currency. China and the United States will hold lower-level trade talks this month, the two governments said last week.

The Wall Street Journal reported that the talks would take place on Aug. 22 and 23. That`s just before new U.S. tariffs on $16 billion of Chinese goods take effect, along with retaliatory tariffs from Beijing on an equal amount of U.S. goods.

"Trade talks between the US and China are to be resumed this month, and traders are cautiously optimistic, but just because the meeting has been lined up doesn`t mean anything will come of it," said David Madden, chief markets analyst at CMC Markets in London.

"Some traders view the (recent) weakness in the Chinese stock market and currency as a sign that Beijing will be more accommodating when it comes to negotiations." Turkey`s lirafell nearly 1.8 percent, beyond 6 lira per dollar.

Turkish sovereign dollar bonds fell across the curve on Monday and the cost of insuring exposure to Turkish debt rose after Moody`s and S&P Global lowered their sovereign credit ratings on Friday. In addition, shots were fired at the U.S. Embassy in Ankara, compounding tensions between Turkey and the United States as a dispute over Turkey`s detention of an American pastor simmered .

In a week without much economic data, investors turning their attention to central banks.

Minutes of the Federal Reserve`s August policy meeting are due on Wednesday and should show policy makers are upbeat on the economy and committed to further interest rate increases. Fed Chair Jerome Powell and other central bankers meet at Jackson Hole, Wyoming, from Friday to discuss stubbornly low inflation, slow wage growth and lethargic productivity gains.

"The question is not only whether the Fed acknowledges the EM market volatility, but also the fact that its own policy signals are playing a part in the broader deterioration in global risk appetite," wrote ING currency strategist Viraj Patel in a note to clients.

The prospect of rising U.S. rates had been underpinning the dollar, though the currency took a knock on Friday as risk appetite improved a little. The dollar index, which tracks the greenback against a basket of currencies, was up 0.2 percent.

In commodity markets, gold was 0.3 percent higher at $1,188.84 an ounce after its largest weekly loss since May 2017. It hit a 19-month low at $1,159.96 last week. Brent oil stabilised after several weeks of decline, weighed down by concern over slowing global economic growth but supported by an expected fall in supply from Iran caused by U.S. sanctions.