White House economic adviser Larry Kudlow said Thursday that Trump has agreed to no preconditions for the meeting, set to take place on Saturday at the G20 summit in Japan, and is maintaining his threat to impose new tariffs on Chinese goods. 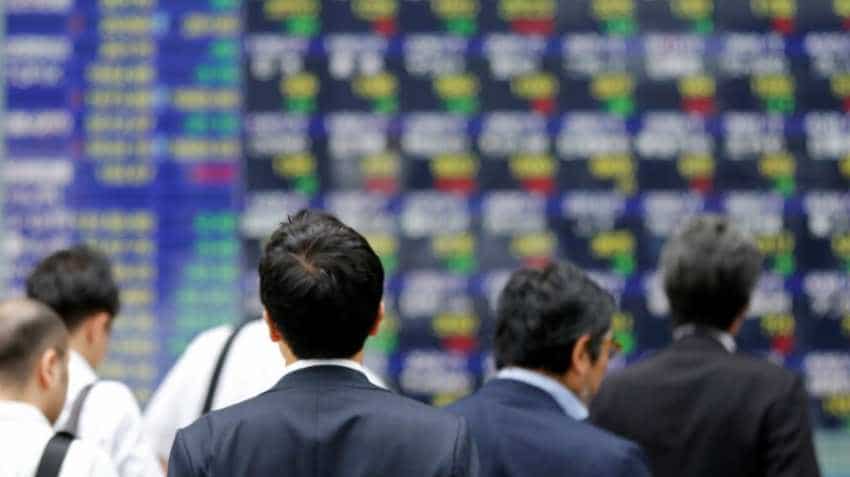 Share markets in Asia edged higher early on Friday morning as investors clung on to hopes that a highly anticipated meeting between US President Donald Trump and Chinese President Xi Jinping this weekend could lead to an easing of trade tensions. Yet the gains were small and underscored uncertainty over whether the talks will produce definitive progress in ending the year-long trade war between the world`s two largest economies.

White House economic adviser Larry Kudlow said Thursday that Trump has agreed to no preconditions for the meeting, set to take place on Saturday at the G20 summit in Japan, and is maintaining his threat to impose new tariffs on Chinese goods.

Kudlow also dismissed a Wall Street Journal report that China was insisting on lifting sanctions on Chinese telecom equipment giant Huawei Technologies Co Ltd as part of a trade deal and that the Trump administration had tentatively agreed to delay new tariffs on Chinese goods.

In early trade, MSCI`s broadest index of Asia-Pacific shares outside Japan was up 0.02%, following on from modest gains in global equity markets overnight. U.S. stock futures, the S&P 500 e-minis, were up 0.2%. But Australian shares lost 0.21%, while Japan`s Nikkei stock index was 0.3% lower.

"Central expectations for the G20 meeting between Trump and Xi are that negotiations will resume, additional U.S. tariffs will be delayed, China will buy more U.S. goods and talks over tech-trade will gain renewed focus," analysts at ANZ said in a morning note. "However, as the difficulty of resolving economic aspirations between the two countries is herculean, markets remain cautious."

On Thursday, the S&P 500 rose 0.38% and the Nasdaq Composite added 0.73%. The Dow Jones Industrial Average eased 0.04%, dragged down by losses in Boeing Co shares following a Reuters report that the U.S. Federal Aviation Administration identified a new safety risk in the planemaker`s grounded 737 MAX aircraft.

Rising equity market indicators were accompanied by a minor pull-back in fixed income, with the yield on benchmark 10-year Treasury notes rising to 2.0192%, compared with a U.S. close of 2.005% on Thursday.

The two-year yield was also up, at 1.7469%, but remained near recent lows, reflecting near certainty that the Federal Reserve will cut benchmark interest rates in July. U.S. yields had fallen on Thursday, driven lower by ebbing optimism over a Sino-U.S. trade deal.