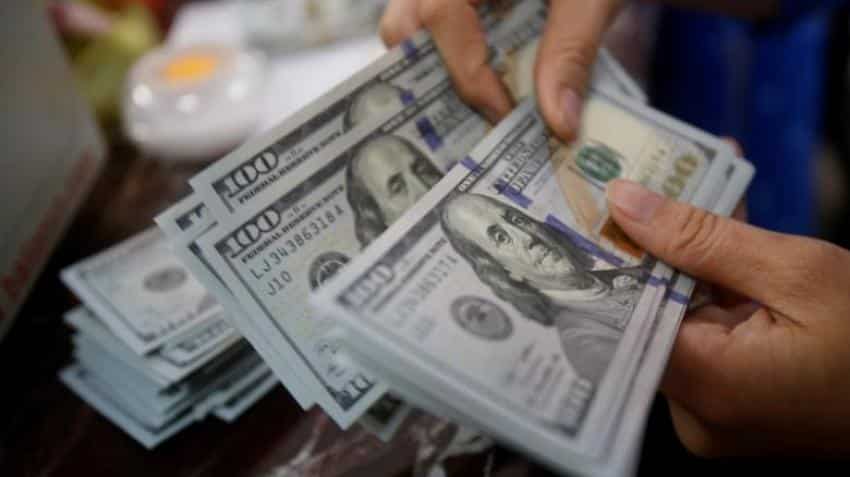 Crude oil prices jumped back to 3-1/2-year highs on Wednesday after President Donald Trump pulled the United States out of an international nuclear deal with Iran, while the dollar continued its tireless ascent and world stocks held steady. Trump's move sparked worries about fresh tension in the Middle East and uncertainty over global oil supplies.

Demand for safe-haven assets remained limited, however, as the price of gold retreated and bond yields fell. The U.S. 10-year Treasury breached the key 3 percent level once more and was last at 3.0080 percent, a two-week high, supported by expectations of higher interest rates.

Caroline Simmons, deputy head of the UK chief investment office at UBS Wealth Management, said that while generally central banks tend to look through the oil price in terms of its impact on inflation, it is still of note to market watchers.

"In an environment where the Fed, particularly, is already at its inflation target and people are closely watching the pace of the monetary tightening, something like this which could possibly nudge inflation a little bit higher is going to be quite interesting for the market," Simmons said.

"That`s why you`re seeing the yields go up a little bit on the bonds."

"There is still an interim period before sanctions kick in. And other signatories and Iran want to keep the deal going so there is a period where things could be hammered out," said Benjamin Schroeder, rates strategist at ING.

"But I would have expected a bit of a safe-haven bid this morning," he added, referring to bonds.

The MSCI world equity index, which tracks shares in 47 countries, was flat in percentage terms and continued to trade in a narrow range. The pan-European STOXX 600 meanwhile rose 0.2 percent as oil majors gained and earnings from Siemens and Imperial Brands dominated the market action.

"In the very short term, it looks as if the impact of heightened geopolitical worries was limited to oil markets. But that is not the end of the story," said Norihiro Fujito, senior investment strategist at Mitsubishi UFJ Morgan Stanley Securities.

"U.S. sanctions could affect various industries. And tensions between Iran and Israel look set to intensify. Those will begin to cap share prices," he added.

The reaction in Asian markets was more pronounced as renewed U.S. sanctions on Tehran were seen as disruptive for many companies that have deals with Iran. Trump`s move is also seen as likely to worsen already-tense relations between Iran and U.S. allies in the region.

Iran, the third-biggest producer among the Organization of the Petroleum Exporting Countries, produces about 3.8 million barrels per day (bpd), or about 4 percent of the world`s oil supplies.

The U.S. Treasury said it will reimpose a wide array of Iran-related sanctions after the expiry of 90- and 180-day wind-down periods, including those aimed at Iran`s oil sector and transactions with its central bank.

The rise in Treasury yields helped fuel the dollar`s rally, with the greenback trading at a fresh high for 2018.

The dollar`s index against a basket of major currencies was last up at 93.264, and has risen 1.2 percent so far this year.

Souring risk sentiment is hitting emerging markets, which have been clobbered in recent weeks by concerns about capital outflows, as the prospect of higher U.S. interest rates lures investors back to U.S. bonds rather than riskier assets.

Countries with high perceived political risks, such as Brazil and Turkey, were among the worst hit.

The Brazilian real hit a near two-year low and the Turkish lira reached a record low. Since the start of this week, those currencies are both down around 1 percent.

The Indonesian rupiah hit a 2-1/2-year low, and has slid 1 percent this week.

The currency was hit by increasing prospects of another election in Italy as the political impasse there has continued since early March`s inconclusive ballot.