Oil prices held on to 3 percent-plus overnight gains, their biggest one-day jump since Dec. 1, following a steep drop in U.S. inventories and support from Iraq and Algeria for an extension to OPEC supply cuts. 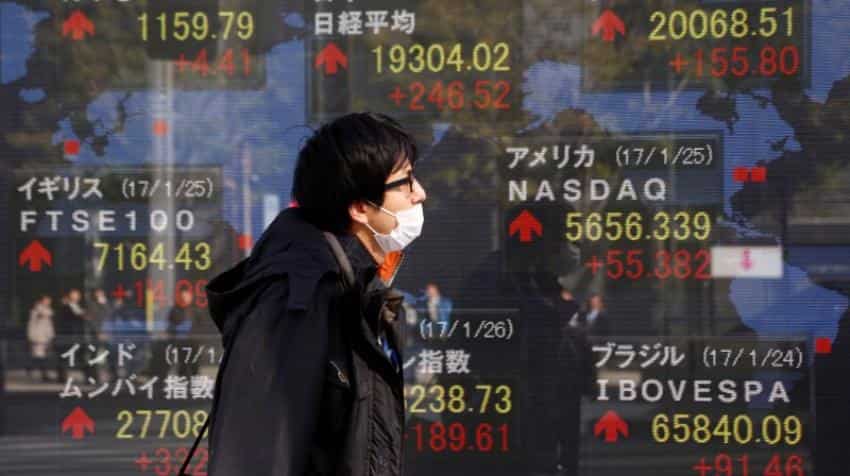 A man walks past an electronic board showing Japan''s Nikkei average, the Dow Jones average and the stock averages of other countries'' outside a brokerage in Tokyo. Photo: Reuters
Written By: Reuters
RELATED NEWS

Oil prices held on to 3 percent-plus overnight gains, their biggest one-day jump since Dec. 1, following a steep drop in U.S. inventories and support from Iraq and Algeria for an extension to OPEC supply cuts.

U.S. crude rose 0.1 percent to $47.41 a barrel in early trade on Thursday, although some market watchers warned the gains in prices may be short-lived given stubbornly high U.S. production.

On Wall Street, the S&P 500  and the Nasdaq closed about 0.1 percent higher, while the Dow Jones Industrial Average ended the day almost 0.2 percent lower.

"Global equities, led by the S&P 500 are moving higher, but at a very subdued pace," Chris Weston, market strategist at IG in Melbourne, wrote in a note.

Democrats intensified accusations that Comey`s removal was intended to undermine the FBI probe into possible collusion between Trump`s presidential campaign and Russia to sway the 2016 election and demanded an independent investigation into the alleged Russian meddling.

The dollar was slightly higher at 114.30 yen early on Thursday, following four straight sessions of gains. It hit a near-two-month intraday high on Wednesday.

The dollar index, which tracks the greenback against a basket of trade-weighted peers, was also marginally higher at 99.692.

The fall came after the central bank held its benchmark rate steady at 1.75 percent and retained its neutral bias, disappointing economists who expected it would lean toward tightening monetary policy in early 2019.

Sterling was fractionally lower at $1.2928, ahead of a Bank of England policy meeting at 1100 GMT, at which the central bank is expected to leave rates unchanged at a record low 0.25 percent.

Governor Mark Carney is expected to say he wants more clarity before the first interest rate hike in nearly a decade, even though inflation is running above the central bank`s 2 percent target.