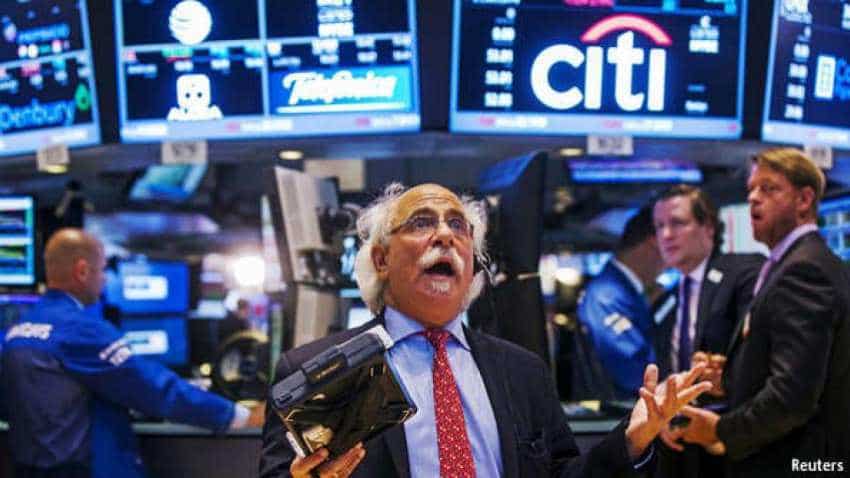 The US stock market's main indexes fell for a third session on Wednesday, with the S&P 500 posting its biggest one-day decline in a month. Photo: Reuters
Written By: Reuters
RELATED NEWS

Wall Street`s main indexes fell for the third session on Wednesday, with the S&P 500 posting its biggest one-day decline in a month, as healthcare and energy shares slumped and investors sought reasons to buy after the market`s strong rally to start the year.

With corporate earnings season-ending, investors are looking for next catalysts to drive the market, including a potential trade agreement between the United States and China and economic data, including Friday`s employment report.

Optimism over a trade deal and over the Federal Reserve becoming less aggressive on raising interest rates have helped fuel a 10.6 percent rise for the S&P 500 this year, although the rally has stalled in recent days.

"In the absence of positive catalysts, it’s easy to take profits,” said David Joy, chief market strategist at Ameriprise Financial in Boston. "I don’t think today’s price action is necessarily indicative of a trend. It’s just churning within what is now almost a three-week sideways move in the market.”

“The market has had a great move up," said Peter Tuz, president of Chase Investment Counsel in Charlottesville, Virginia. "You can’t really say that things are cheap any-more.”

The small-cap Russell 2000 dropped 2.0 percent, its biggest one-day percentage decline of the year. The closely followed Dow Jones Transport Average fell 0.5 percent, its ninth consecutive session of declines, which is its longest losing streak since February 2009.
Investors say the 2,800 level on the S&P 500 has provided technical resistance to the benchmark index moving higher, although the index has breached its 200-day moving average, another key level.

“We have overcome that major hurdle of resistance, but 2,800 has proven tougher," Joy said. The S&P 500 healthcare sector lost 1.5 percent, with Pfizer Inc down 2.4 percent and Amgen off 3.0 percent.

Tuesday`s surprise resignation of Food and Drug Administration commissioner Scott Gottlieb raised uncertainty about biotech and pharmaceutical stocks in a sector that already has been shaken by the potential for drug-pricing and other healthcare legislation.

The energy sector dropped 1.3 percent as US crude prices dipped and Exxon Mobil shares fell 1.1 percent after the oil company said it plans to boost spending for several years to restore flagging oil and gas production.

In its regular "Beige Book" report, the Fed said slowing global growth and the 35-day partial federal government shutdown weighed on the U.S. economy in the first weeks of 2019, but it continued growing amid still-tight labour markets.

Declining issues outnumbered advancing ones on the NYSE by a 3.02-to-1 ratio; on Nasdaq, a 3.71-to-1 ratio favoured decliners.

About 7.3 billion shares changed hands in US exchanges, in line with the daily average over the last 20 sessions.