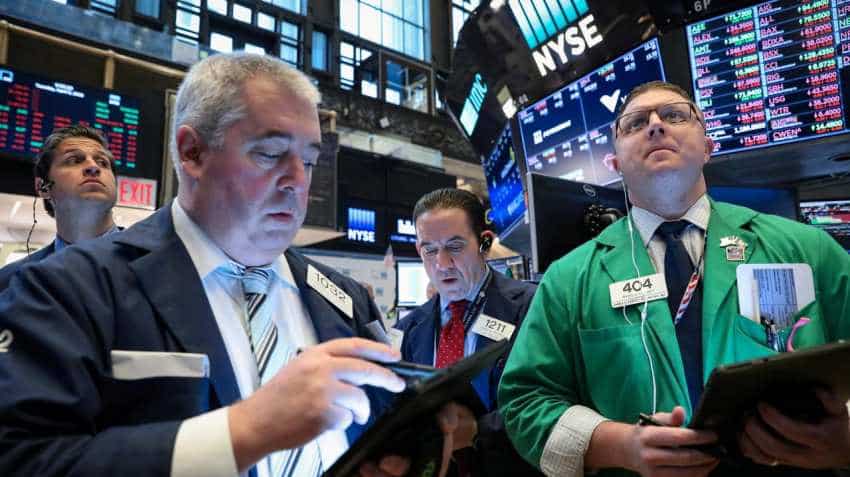 Expectations of policy easing by major central banks such as the Federal Reserve propped up global stocks on Tuesday, while the pound sagged as Britain braced for a new prime minister who could pave the way for a no-deal exit from the European Union. MSCI`s broadest index of Asia-Pacific shares outside Japan inched up 0.02%. Japan`s Nikkei rose 0.25%.

Australian stocks added 0.15% and South Korea`s KOSPI <.KS11> gained 0.2%. The S&P 500 edged up towards a record high overnight, supported by expectations that the Federal Reserve would cut interest rates at its July 30-31 policy meeting.

European stocks had also nudged higher on Monday with the European Central Bank seen cutting rates by 10 basis points on Thursday. But with central bank easing no longer a fresh theme, market gains were limited.

"The likelihood of easing by the Fed is supportive for equity markets, but the probability of a 25 basis point rate cut has already been factored in for the most part," said Soichiro Monji, senior strategist at Sumitomo Mitsui DS Asset Management.

In currency markets, the pound was a touch lower at $1.2477 and headed for its third session of losses.

Sterling was under pressure due to the likelihood of eurosceptic Boris Johnson becoming Britain`s next prime minister.

The result of Britain`s weeks-long internal party election will be announced on Tuesday, with Johnson widely expected to have beaten foreign minister Jeremy Hunt. The winner will become prime minister on Wednesday.

Some investors are worried Johnson could pull Britain out of the European Union on Oct. 31 without a trade deal in place in order to appease members of his Conservative Party.

Other major currencies were subdued ahead of the ECB and Fed meetings. The dollar index against a basket of six major currencies inched up 0.05% to 97.314. The euro was steady at $1.1207 and the dollar was nearly flat at 107.895 yen.

US crude futures were down 0.2% at $56.11 per barrel after gaining 0.1% overnight on concerns over possible supply disruptions after Iran`s seizure of a British tanker late last week. Brent crude was flat at $63.26 after rising 1.2% the previous day.