"Globally, financial conditions tend to improve when the dollar is weak and vice versa," they added. "The falling dollar – still the globe`s major reserve and funding currency – tends to see risk appetite flourishing." 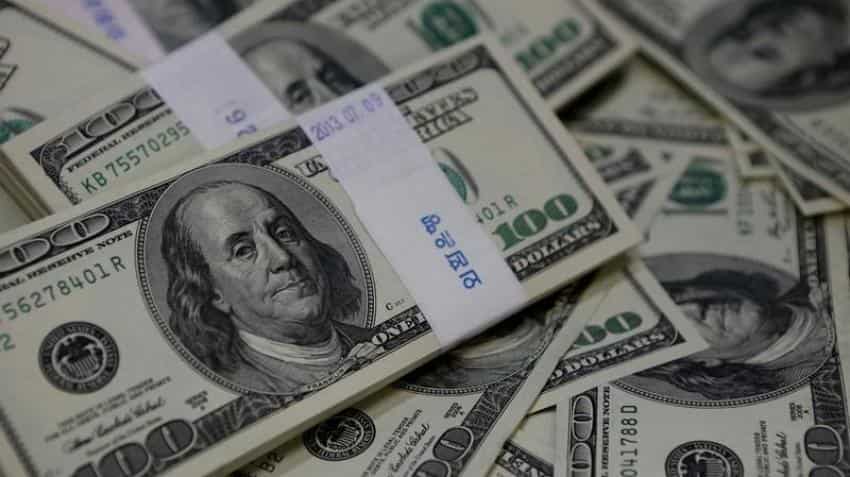 The dollar stayed on the defensive on Wednesday as investors wagered any further tightening in the United States would be slow at best, while optimism on China`s economy underpinned Asian shares and commodities.

The U.S. currency was near multi-month lows after the collapse of the Republicans` push to overhaul healthcare dealt a blow to President Donald Trump`s ability to pass promised tax cuts and infrastructure spending.

The diminished prospect of fiscal spending was a boon to bonds, especially as a run of soft U.S. inflation results had lessened the risk that the Federal Reserve would need to be aggressive in removing its stimulus.

"The question marks over U.S. reform on the one hand, and the underlying economic growth momentum on the other hand are likely to keep the U.S. within its current goldilocks scenario for longer," wrote analysts at Morgan Stanley in a note.

"Globally, financial conditions tend to improve when the dollar is weak and vice versa," they added. "The falling dollar – still the globe`s major reserve and funding currency – tends to see risk appetite flourishing."

As a result, yields on 10-year Treasury notes were down at 2.27% having fallen 12 basis points in little more than a week.

That in turn undermined the U.S. dollar which hit its lowest since September against a basket of currencies. It was up a whisker on Wednesday at 94.735, but still down over 7% on the year so far.

The euro was firm at $1.1543, having made a 14-month top at $1.1583. Investors were wary of pushing the euro too far in case a European Central Bank policy meeting on Thursday proved less hawkish than bulls were betting on.

The dollar also carved out a two-year low on the Australian dollar and a one-year trough on the Swiss franc.

Losses have been more limited against the yen as the Bank of Japan has stuck with its massive stimulus campaign and stopped yields there from rising. The dollar was trading at 112.00 on Wednesday, up from a low of 111.685.

Speculation that the Bank of England might soon tighten was also dealt a blow by surprisingly soft inflation figures at home, giving the dollar a leg up on the pound.

In Asia, investor sentiment has also been supported by a raft of upbeat economic news out of China. MSCI`s broadest index of Asia-Pacific shares outside Japan was up 0.4% at its highest since April 2015.

Shanghai`s blue-chip CSI300 index rose 1% and back toward an 18-month peak, while Australia`s main index added 0.6%. The strength of the yen limited Japan`s Nikkei to a rise of 0.1%.

Wall Street had ended Tuesday mixed after a heavy dose of corporate earnings, with the Dow dragged by Goldman Sachs but the Nasdaq reaching a record high.

The Nasdaq`s run of gains was saved by Netflix which jumped 13.5% on strong customer numbers. IBM, however, fell 2% after the bell when its revenue missed forecasts.

The drop in the dollar and optimism on Chinese demand helped underpin commodities, with everything from copper to iron ore on the rise. Spot gold also added another 0.1% to $1.243.36 per ounce.