Asian shares got off to a hesitant start on Thursday as investors feared a looming U.S. trade war with Mexico would further depress global growth. 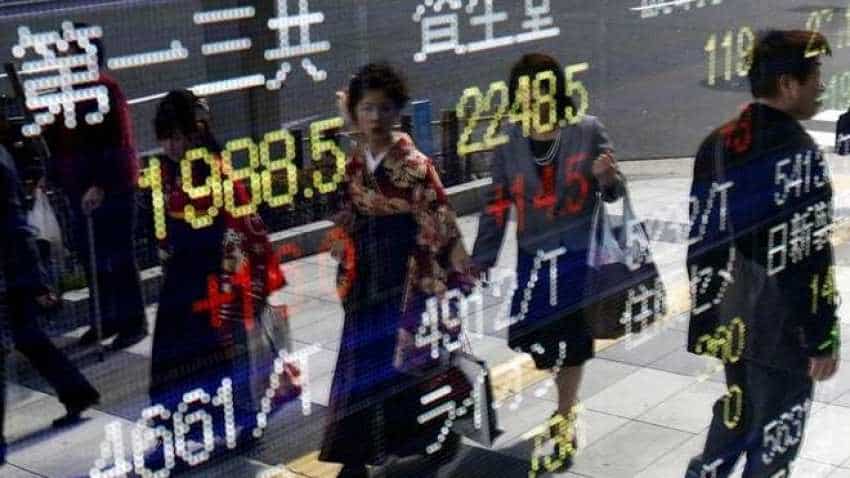 MSCI`s broadest index of Asia-Pacific shares outside Japan dipped 0.01% in sparse early trade. Japan`s Nikkei dithered either side of flat, while E-Mini futures for the S&P 500 eased 0.1%. Photo: Reuters

Asian shares got off to a hesitant start on Thursday as investors feared a looming U.S. trade war with Mexico would further depress global growth, even as they wagered central banks would have to respond with fresh stimulus. MSCI`s broadest index of Asia-Pacific shares outside Japan dipped 0.01% in sparse early trade. Japan`s Nikkei dithered either side of flat, while E-Mini futures for the S&P 500 eased 0.1%. Sentiment soured after a meeting between U.S. and Mexican officials ended with scant sign of progress.

"Immigration discussions at the White House with representatives of Mexico have ended for the day. Progress is being made, but not nearly enough!" Trump said in a tweet on Wednesday evening. Talks will resume on Thursday.

Mexican markets were dealt an additional blow when ratings agency Fitch downgraded the country`s credit rating to BBB, while Moody`s changed its outlook to negative from stable.  All of which saw the dollar jump 0.9% against a beleaguered Mexican peso.

Wall Street had ended Wednesday in the black helped by speculation the Federal Reserve would have to cut interest rates as insurance against a tariff-driven slowdown.

Such is the enthusiasm about rate cuts that a dismal reading on U.S. private-sector jobs was greeted with cheer on Wall Street as it seemed to add to the case for an early easing.

Two-year Treasury yields struck their lowest since December 2017 in response, while futures have priced in around 68 basis points of easing by December.

In currency markets, the safe-haven yen was again in demand and nudged the dollar down 0.1% to 108.34. The dollar fared better against a basket of currencies to trade at 97.304, having bounced from a seven-week low overnight.

The euro eased back to $1.1228 after briefly stretching as high as $1.1306 on Wednesday. Its near-term fortunes lie with the European Central Bank which is expected to attempt to give an ailing economy a fillip at a policy meeting later on Thursday. At a minimum, the central bank will likely offer to pay banks if they borrow cash from it and lend it out to households and firms.

In commodity markets, all the chatter of rate cuts helped lift gold to 15-week highs and the precious metal was last trading at $1,329.64 per ounce.