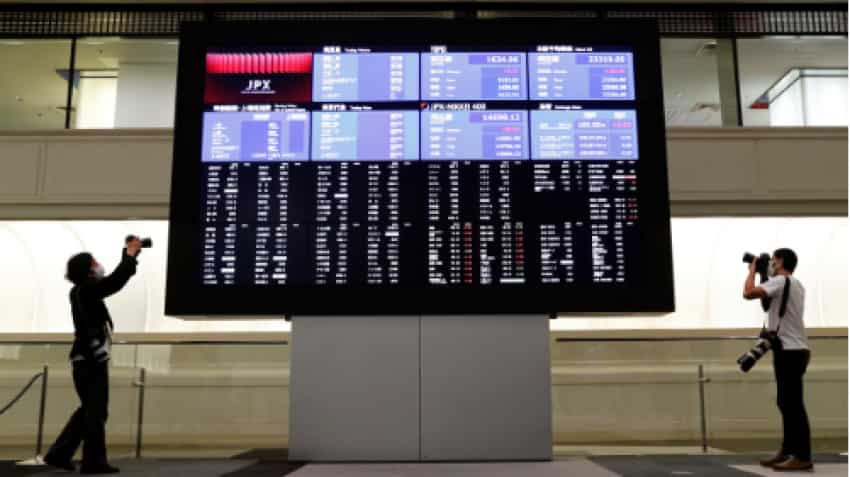 Global Markets: Asian stock markets advanced to a two-week high on Tuesday after U.S. President Donald Trump was discharged from hospital following treatment for COVID-19 and as prospects for a fresh U.S. stimulus package appeared to brighten. Bonds and the dollar nursed losses amid the improving risk appetite, while oil extended gains.

Trump returned to the White House on Monday after a three-night hospital stay and said he felt "real good", though one of his doctors cautioned that he may not be out of the woods yet.

Separately, U.S. House Speaker Nancy Pelosi and Treasury Secretary Steven Mnuchin spoke by phone for about an hour and were preparing to talk again Tuesday, continuing their work towards a deal on coronavirus relief spending.

As well as Trump`s health, "there is also some market attention on whether the U.S. Congress will pass the extra stimulus bill," said Tai Hui, Chief Asia Market Strategist, J.P. Morgan Asset Management.

"If we do see some form of stimulus coming through, I think the market will take it in a positive light as much of the important support from the previous round has expired," he said.

Australia`s ASX 200 was more subdued, up 0.17%, ahead of a central bank meeting at 0330 GMT and the government`s budget later in the day.

Asian markets on Monday unwound most of a Friday selloff in the wake of Trump`s COVID-19 diagnosis. That improvement also caused Wall Street to rally sharply overnight with energy, tech and healthcare stocks leading. The Dow rose 1.7%, the S&P 500 1.8% and the Nasdaq 2.3%.

Bond markets also joined in, with the safe-haven asset being sold - especially at the long end - in line with the optimistic mood. The yield on U.S. 30-year government bonds rose 10 basis points to a four month high of 1.5930%, before easing slightly.

Benchmark 10-year yields hit a more than five-week high, and held just shy of that in Asian morning trading at 0.7634%.

"Improved near-term stimulus prospects and then potentially bigger deficits under a Biden presidency that has the benefit of clean sweep, are behind the yield gains here," said Ray Attrill, head of FX strategy at National Australia Bank in Sydney.

In currency markets, the dollar was under pressure on other majors apart from the yen, since higher yields can often draw flows from Japan.

The yen hovered at 105.7 per dollar, while the risk-sensitive Australian and New Zealand dollars edged ahead, with the Aussie last up 0.13% at $0.7191.

Oil jumped more than 5% overnight and held there in Asia, supported by optimism surrounding Trump`s health and a supply squeeze as a strike shut six Norwegian offshore oil and gas fields.

The strike will cut Norway`s total output capacity by just over 330,000 barrels of oil equivalent per day, or about 8% of total production, according to the Norwegian Oil and Gas Association (NOG).