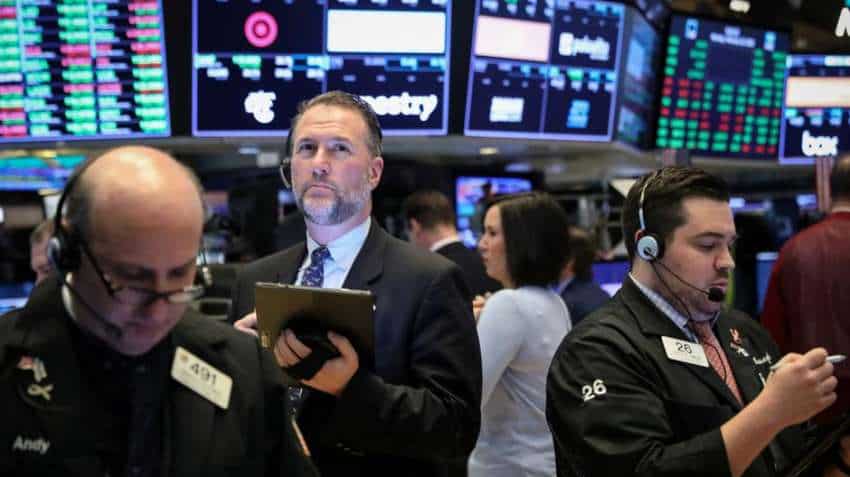 Global Markets: Asian markets on Friday looked to latch onto Wall Street`s overnight gains after crude prices notched their biggest one-day surge on record, helping offset concerns about the depth of a global recession. Despite the rally in stocks, investors still seek the safety of the U.S. dollar and government bonds as an unprecedented number of Americans - 6.6 million - filed jobless claims due to coronavirus-induced lockdowns, as economic concerns stayed front and center.

U.S. stocks rallied after U.S. President Donald Trump said he expects Russia and Saudi Arabia to announce an oil production cut of up to 10 million to 15 million barrels as the two countries signaled willingness to make a deal.

Saudi Arabia said it would call an emergency meeting of the Organization of the Petroleum Exporting Countries, Saudi state media reported.

Nikkei futures edged slightly higher, above the index`s cash close on Thursday, and Australia`s benchmark was up 1.5% in early trade. Hong Kong futures were negative.

E-Mini futures for the S&P 500 fell 0.04%. A gauge of stocks across the globe advanced 1.24% overnight, adding to modest gains earlier in Europe.

Projections released by the U.S. Congressional Budget Office showed U.S. gross domestic product will decline by more than 7% in the second quarter as the coronavirus crisis takes hold.

Interest rates on 10-year Treasuries will likely be below 1% during the quarter as well, the CBO said.

Global coronavirus cases surpassed 1 million on Thursday with more than 52,000 deaths as the pandemic further exploded in the United States and the death toll climbed in Spain and Italy, according to a Reuters tally.

The dollar gained for a second straight day against a basket of currencies as investors continued to take shelter in the U.S. currency.

Despite the record surge on Thursday, oil prices have still lost more than half their value this year.