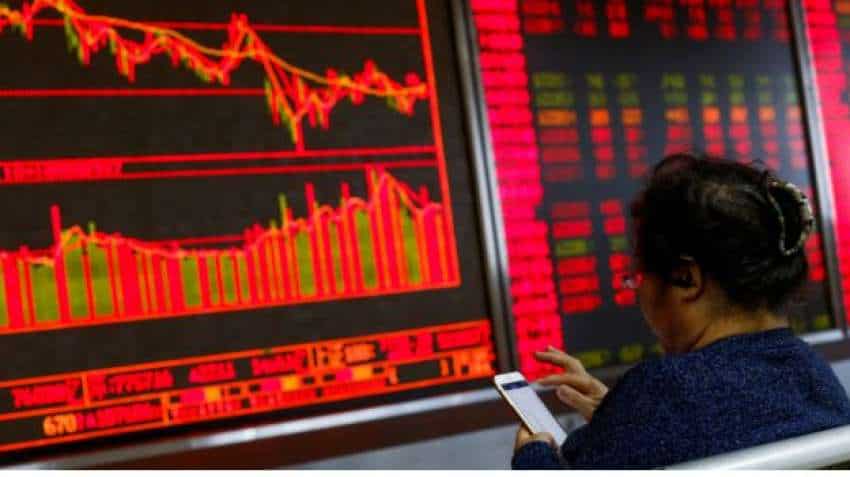 However, Australian shares rose 0.57%, while Japan`s Nikkei stock index rose 0.4%, partly because investors in these markets has already had a chance to react to the virus outbreak, which has claimed more than 100 lives.

U.S. Treasury yields remained higher and safe-haven currencies held steady in a sign of some calm in financial markets, but the focus remained squarely on the virus and how investors would re-price riskier assets.

"The next three to five days will be maximum selling pressure, because essentially markets had a benign view of the virus before the Lunar New Year," said Sean Darby, global equity strategist at Jefferies in Hong Kong.

"Until the rate of cases starts to peak, markets are not likely to bounce."

U.S. stock futures rose 0.14% in Asia on Wednesday. The S&P 500 rose 1.01% on Tuesday, rebounding from its worst daily decline in four months on Monday, as shares of Apple Inc ahead of its fourth-quarter results.

After the market close, Apple reported better-than-expected profits for the fourth quarter and forecast revenue in the current quarter above Wall Street expectations, which lifted some Asian tech shares.

The yield on benchmark 10-year Treasury notes rose to 1.6666% versus a yield of 1.5821% on three-month Treasury bills in another sign that sentiment has stabilised.

The yield curve briefly inverted on Tuesday when 10-year yields fell below their 3-month counterparts for the first time since October. An inverted yield curve has historically been an indicator of looming recession.

Markets in Asia are likely to be subdued before the U.S. Federal Reserve meeting later on Wednesday. The Fed is expected to reiterate its desire to keep rates unchanged at least through this year.

In currency markets, the safe-haven yen was quoted at 109.22 per dollar following a 0.2% loss on Tuesday. The Swiss franc, another popular safe-haven, traded at 0.9740 versus the dollar, close to its lowest in almost three weeks.

In the offshore market, the yuan was little changed at 6.9615 per dollar. China`s onshore markets are closed for the Lunar New Year holidays. Markets will resume trading on Feb. 3.

OPEC wants to extend current oil output cuts until at least June from March, with the possibility of deeper reductions on the table if oil demand in China is significantly impacted by the spread of a new coronavirus, OPEC sources said.

Sterling edged lower to $1.3021, on course for its fifth day of declines due to worries about Britain`s trading relationship with the European Union.

Investors are also cautious ahead of a Bank of England policy decision on Thursday, which many analysts say is too close to call.