China led the gains with its blue-chip index up 1.4%. South Korea`s KOSPI index was up 0.6% while Hong Kong`s Hang Seng and Japan`s Nikkei jumped 0.8%. 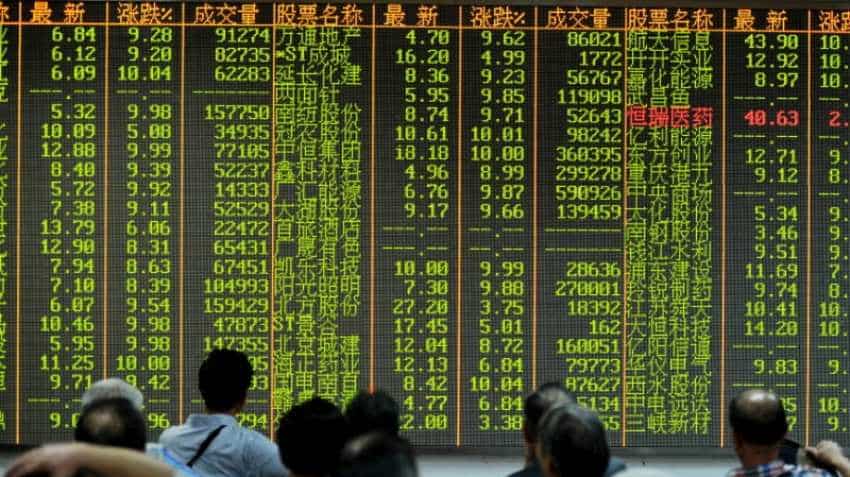 Relations between Washington and Beijing have spiralled downward since talks collapsed in May, when the United States accused China of reneging on pledges to reform its economy. Image source: Reuters

Asian share markets turned higher on Thursday following a media report the United States and China have tentatively agreed to a truce in their trade war, ahead of a closely-watched meeting between the two nations this weekend. The South China Morning Post (SCMP), citing sources, said in Washington and Beijing were laying out an agreement that would help avert the next round of tariffs on an additional $300 billion of Chinese imports.

On Wednesday, US President Donald Trump said a trade deal with his Chinese counterpart Xi Jinping was possible this weekend though he was prepared to impose tariffs on virtually all remaining Chinese imports if talks fail. "But the truce cake seems to have been baked," the SCMP cited one of its sources as saying. Hopes the world`s two biggest economies would finally reach an agreement were enough to cheer investors, sending MSCI`s broadest index of Asia-Pacific shares outside Japan up 0.6%.

China led the gains with its blue-chip index up 1.4%. South Korea`s KOSPI index was up 0.6% while Hong Kong`s Hang Seng and Japan`s Nikkei jumped 0.8%.

Relations between Washington and Beijing have spiralled downward since talks collapsed in May, when the United States accused China of reneging on pledges to reform its economy.

The ongoing trade war has already rattled investors who have ditched shares for the safety of bonds and gold this year. It has also prompted the U.S. Federal Reserve to pause its rate tightenings and, in fact, signal a cut as soon as next month.

Many traders said they expected the market to remain in a narrow range until after the weekend meeting of G20 leaders in Osaka, Japan where Trump is also holding bilateral talks with other nations.

"The bottom line is the market has been hit by a barrage of noise that gives us less clarity than before," said Chris Weston, market strategist at Pepperstone.

"While the most likely situation is we simply hear a lot of bravadoes that the two sides plan to work closely together and agree to find a solution that is amicable, we still need to consider if the event poses a gaping risk for markets," he added.

"It certainly feels as though the probability is we will see traders manage exposures, refraining from adding too much additional risk just in case."

LESS THAN 50
Trump weighed into U.S. monetary policy on Wednesday, accusing Federal Reserve Chairman Jerome Powell of doing a "bad job" and "out to prove how tough he is" by not cutting interest rates.

Markets are convinced the Fed will indeed ease at its next meeting in July, but had to scale back bets on a half-point cut following cautious comments from various policy makers. Futures are 100% priced for a cut of 25 basis points, and imply a 22% chance of 50 basis points.

The probability of a less aggressive Fed and expectations of a Sino-China trade truce helped ease the selling pressure on the U.S. dollar, which inched up to 96.276 on a basket of currencies from a three-month trough of 95.843.

Oil prices ran into profit-taking in early Asia, having gained overnight on a larger-than-expected drawdown in crude stocks as exports hit a record high and surprise falls in refined product stockpiles.