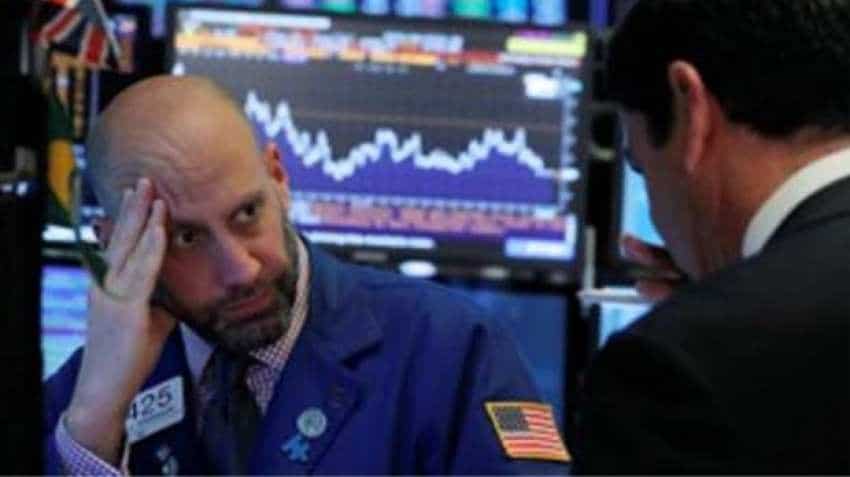 Asian share markets got off to a subdued start on Wednesday after a mixed finish on Wall Street, while a frazzled pound awaited its fate ahead of yet another make-or-break parliamentary vote on Brexit. MSCI's broadest index of Asia-Pacific shares outside Japan eased 0.1 percent in slow trade. Japan`s Nikkei dipped 0.3 percent and Australia`s main index slipped 0.4 percent.
E-Mini futures for the S&P 500 were off 0.08 percent.

Risk appetite had been dampened after British lawmakers crushed Prime Minister Theresa May's European Union divorce deal, forcing parliament to decide within days whether to back a no-deal Brexit or seek a last-minute delay. Lawmakers voted against May's amended Brexit deal by 391 to 242 as her last-minute talks with EU chiefs on Monday to assuage her critics` concerns ultimately proved fruitless. Parliament will vote later Wednesday on whether to leave the EU with no deal, and if that fails, a further vote on Thursday will decide whether to extend the Brexit deadline.

"The vote today seems certain to go against the government as well," said David de Garis, a director of economics and market at National Australia Bank.

"Assuming the Thursday vote finds a majority in favour of an extension - as we expect - it will likely be of some comfort to sterling," he added. "It's still a fast moving environment, with political pressure at understandably extreme levels."

A soft US inflation report for February burnished bonds while tarnishing the dollar. Annual consumer price inflation slowed to its lowest since September 2016 at 1.5 percent.
The data merely reinforced expectations the Federal Reserve will stay patient on rates and could even sound more dovish at its policy meeting next week.

Yields on US 10-year notes duly declined to a 10-week low at 2.596 percent, while the dollar fell for a third straight session against a basket of currencies to stand at 96.986.

In commodity markets, the dip in the dollar supported gold at $1,301.91 per ounce.
Oil prices edged up on tightening global supply after a Saudi official said the kingdom plans to cut oil exports in April, while the US government reduced its forecast for domestic crude output growth.