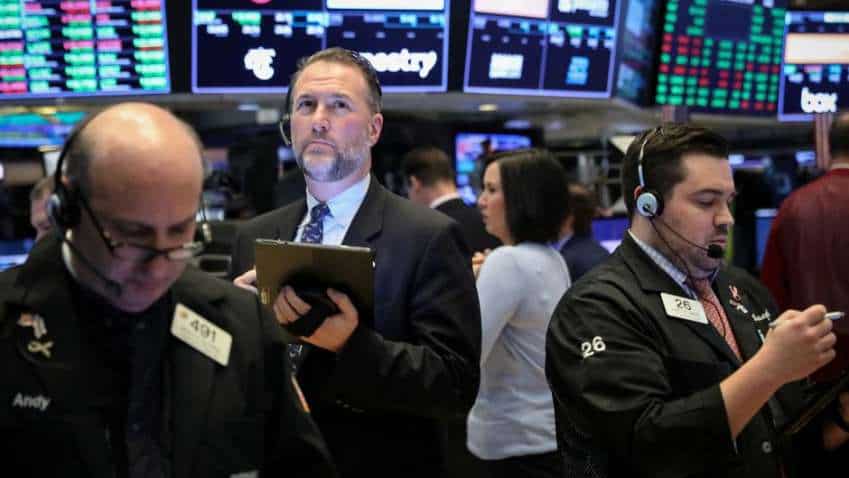 "Japanese shares have been bolstered by aggressive buying from the Bank of Japan and pension money this week. That has prompted hedge funds to cover their short positions," said Norihiro Fujito, chief investment strategist at Mitsubishi UFJ Morgan Stanley Securities.

On Tuesday, MSCI`s gauge of stocks across the globe gained 8.39%, the largest single-day gain since the wild swings seen during the height of the global financial crisis in October 2008.

U.S. stock futures were down 0.5% in early Asian trade.

Senior Democrats and Republicans in the divided U.S. Congress said on Tuesday they were close to a deal on a $2 trillion stimulus package to limit the coronavirus pandemic`s economic toll. But it was unclear when they would be ready to vote on a bill.

Investor fears about a sharp economic downturn are easing after the U.S. Federal Reserve`s offer of unlimited bond-buying and programmes to buy corporate debt.

In the currency market, the dollar has slipped as a greenback liquidity crunch loosened slightly.

The euro traded at $1.0798 after four straight days of gains.

The dollar stayed firmer against the yen due to dollar demands at the March 31 end of the Japanese financial, trading at 111.33 yen, near a one-month high of 111.715 touched the previous day.

Gold soared almost 5%, its biggest gains since 2008, on Tuesday and last stood at $1,633, in part helped by concerns lockdowns in major producer South Africa could disrupt supply.

Still, the course of the market is still largely dependent on how much countries can slow the pandemic and how quickly they can lift various curbs on economic activity.

Confirmed cases are now topping 400,000 globally with New York City suffering another quick and brutal rise in the number of infections to around 15,000.
Oil prices steadied as hopes for U.S. stimulus offset fears from falling global demand.

The market remained pressured by a flood of supply after Saudi Arabia started a price war earlier this month, a move that dealt a crushing blow to markets already reeling from the epidemic.