Global stock markets have surged this year, largely led by expectations of a US tax overhaul. The reform is seen boosting corporate profits, triggering share buybacks and higher dividend payouts - a boon for shareholders. 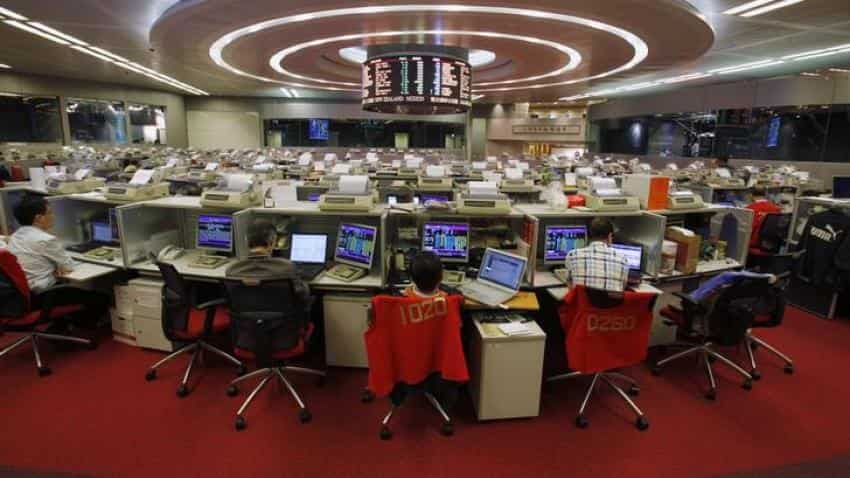 Asian shares edged up on Monday, with sentiment boosted by expectations U.S. lawmakers will pass a long-awaited tax bill, while Chinese stocks were soggy after the country`s central bank raised interest rates.

Meanwhile, the launch of bitcoin futures on the CME exchange bolstered expectations the cryptocurrency`s red-hot rally in the cash market could continue.

MSCI`s broadest index of Asia-Pacific shares outside Japan gained 0.2 percent. Japan`s Nikkei was the best performer in the region, rising 1.3 percent to edge closer to a 25-year peak of 23,382 points set last month.

Votes on the legislation are expected this week.

China is also in focus after the People`s Bank of China raised interest rates on reverse repurchase agreements, or reverse repos.

"While there are no obvious signs yet, we do expect a modest slowdown in Chinese growth in coming months," said Steve Waddington, portfolio manager at Insight Investment, which has A$930 billion ($712 billion) in assets under management.

China could lower its growth target to 6.0 percent from 6.5 percent, Waddington added, as the impact of tighter financial conditions and stricter regulation aimed at reducing leverage worked through the economy.

The U.S. dollar stayed above a 1-1/2 week trough against the Japanese yen, after slipping 0.8 percent last week.

Trading was generally thin as investors wound up their books ahead of Christmas holidays.

The dollar index, which measures the greenback against a basket of currencies, was barely changed.

The British pound was near 3-week lows as Prime Minister Theresa May prepared for a week of difficult meetings in an effort to unite a divided cabinet over Brexit talks.

Bitcoin futures began trading on the CME exchange on Monday, with the near-month contract down 3.6 percent.

In the spot market, bitcoin was last down 2.8 percent at $18,430 after hitting a record $19,666 on Sunday on the Luxembourg-based Bitstamp Exchange.

"The launch should increase buy-side pressure and potentially be the catalyst that pushes bitcoin above $20,000."