The dollar nursed losses against most major currencies as the impeachment inquiry sets the stage for a fierce battle between Democrats and Trump`s Republican Party over whether the president sought foreign influence to smear a political rival. 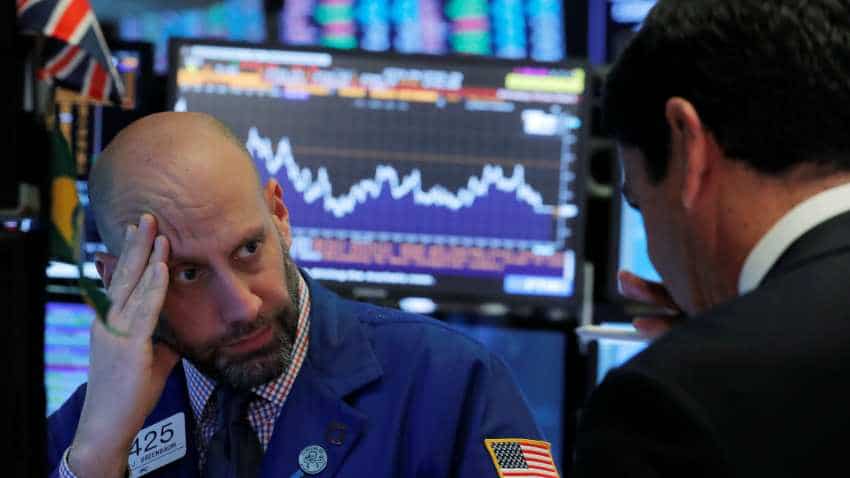 Asian stocks fell on Wednesday after the US lawmakers called for an impeachment inquiry into President Donald Trump, increasing the prospects of prolonged political uncertainty in the world`s largest economy. MSCI`s broadest index of Asia-Pacific shares outside Japan was down 0.2%, Japan`s Nikkei fell 0.55%, while Australian shares fell 0.66%.

The dollar nursed losses against most major currencies as the impeachment inquiry sets the stage for a fierce battle between Democrats and Trump`s Republican Party over whether the president sought foreign influence to smear a political rival.

Sterling remained broadly supported in Asia after the UK Supreme Court ruled Prime Minister Boris Johnson`s decision to shut down parliament was unlawful, a move that could thwart his plan to pull Britain out of European Union next month with or without a deal.

"There are a lot of factors out there that could potentially hurt market sentiment," said Tsutomu Soma, general manager of fixed income business solutions at SBI Securities in Tokyo.

"However, some hedge funds have to close their books at the end of the month, so it may be difficult for the market to move."
US stock futures, rose 0.19% early in Asia on Wednesday, but the mild gains are unlikely to improve sentiment for Asian shares.

The push for an impeachment inquiry and disappointing U.S. economic data weighed on Wall Street on Tuesday, pushing the S&P 500 0.84% lower, its biggest daily decline in a month.

The US House of Representatives will launch a formal impeachment inquiry over whether Trump sought help from the Ukraine to smear former Vice President Joe Biden, a front-runner for the 2020 Democratic presidential nomination. Trump has denied the claims.

It is uncertain whether the results of the inquiry will lead to an impeachment because of Trump`s support in the Republican-controlled Senate.

The dollar index measuring the greenback against a basket of six major currencies was little changed after falling 0.3% on Tuesday.

Sterling traded at $1.2485 , down 0.1%, having trimmed some of its overnight gains made following the UK court ruling.

In response to the UK Supreme Court`s decision, Johnson said he disagreed and vowed that Britain would leave the EU by Oct. 31 deadline, come what may.

Calls for Johnson`s resignation could grow, which would cast even more uncertainty over how the UK would complete its divorce from the EU.

US crude futures dipped 0.73% to $56.87 a barrel as Trump sharpened his criticism of China`s trade policies in a speech at the United Nations, dealing a blow to hopes for a resolution to the U.S.-China trade war.

China is a major consumer of commodities, but the trade war has caused its economic activity to slow.

The yield on benchmark 10-year Treasury notes rose to 1.6456%. The two-year yield also rose to 1.6156% as Treasury prices gave some of their gains posted in U.S. trading.