Asian stocks rose and the dollar sagged on Thursday after Federal Reserve Chair Jerome Powell reinforced prospects of a US interest rate cut later this month. 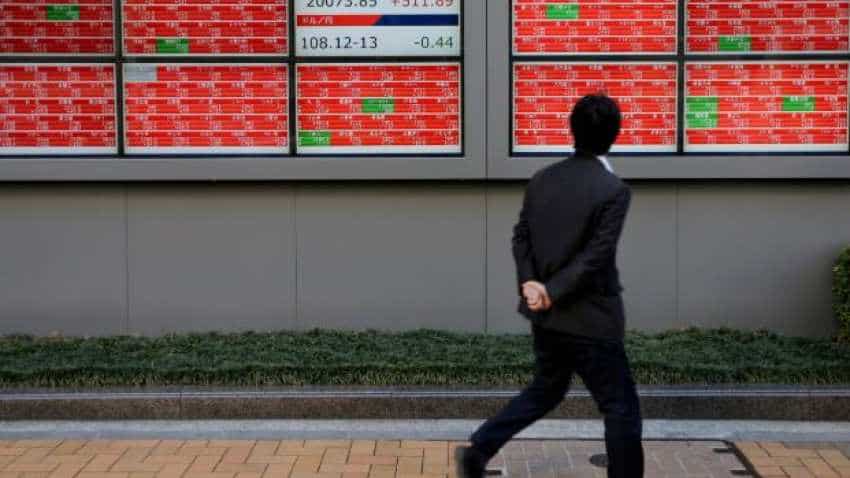 Asian stocks rose and the dollar sagged on Thursday after Federal Reserve Chair Jerome Powell reinforced prospects of a US interest rate cut later this month. In an appearance before his congressional overseers on Wednesday, Powell confirmed that the U.S. economy is still under threat from disappointing factory activity, tame inflation and a simmering trade war. Powell said the central bank stands ready to "act as appropriate".

US stocks ended higher on Wednesday and the S&P 500 briefly crossed the 3,000-point mark for the first time following Powell`s remarks.

"The markets had hoped for Powell to express dovish views and they got what they wanted," said Masahiro Ichikawa, senior strategist at Sumitomo Mitsui DS Asset Management.

"The focus going forward is US data, such as tonight`s CPI, and whether the economy warrants a 50 basis point rate cut this month."

A strong June U.S. jobs report released earlier this month had curbed market expectations that the Fed could lower rates by 50 basis points (bps), and the markets had viewed a 25 bps cut as a more likely option.

But the Fed chair`s cautious stance on the world`s largest economy helped revive views of a chance of heftier easing at the next Fed policy meeting on July 30-31.

The dollar index against a basket of six major currencies stood at 97.055 after falling 0.4% overnight, when it pulled back from a three-week peak of 97.588 in the wake of Powell`s comments.

The Australian dollar was steady at $0.6961 following an overnight rise of 0.5% against the broadly weaker dollar. The surge helped the Aussie pull away from a 2-1/2-week trough of $0.6910.
The 10-year U.S. Treasury yield was at 2.052% after dropping on Wednesday from a three-week high of 2.113% following the Fed chair`s congressional testimony.

In commodities, U.S. crude oil futures extended the previous day`s large gains to touch $60.63 per barrel, their highest since May 23.

The contract had surged 4.5% on Wednesday after US crude inventories shrank and as major producers cut nearly a third of offshore Gulf of Mexico production ahead of an expected storm.