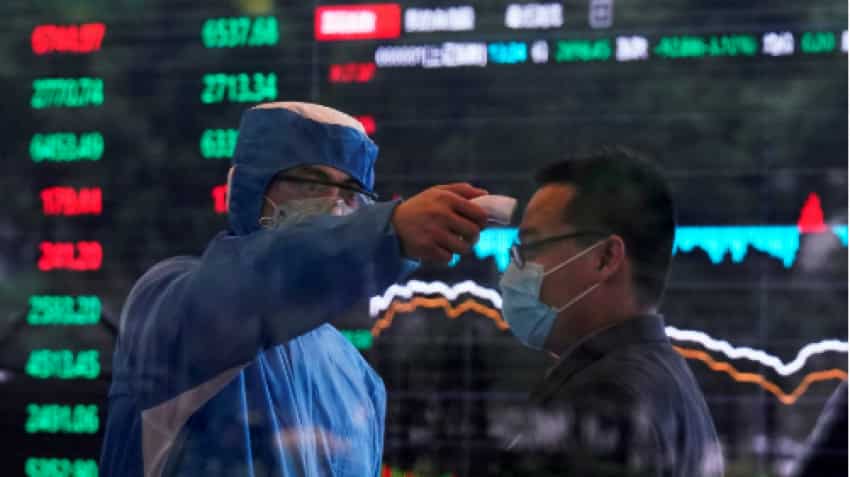 Hong Kong futures were up 0.23% and Nikkei futures were trading above the Nikkei 225 index`s previous close, pointing to an opening advance of 0.14%. Photo: Reuters
Written By: Reuters
RELATED NEWS

Global Markets: Asia shares were poised to open higher on Friday, tracking global equity markets` overnight gains as investors awaited a US nonfarm payrolls report. Hong Kong futures were up 0.23% and Nikkei futures were trading above the Nikkei 225 index`s previous close, pointing to an opening advance of 0.14%.

The Dow Jones Industrial Average rose 0.68% and the S&P 500 gained 0.64%. The Nasdaq Composite added 1%, marking the fourth straight day of record peaks and closing highs as the tech-heavy index ended the session above 11,000 for the first time.

The euro climbed to its highest against the U.S. dollar since May 2018 before paring gains and the greenback slumped to a two-year low against a basket of major currencies.

The Treasury yield curve flattened slightly as government bond investors, who have expressed doubt about the stability of the U.S. labor market`s recovery this past week, awaited the data.

"This July read will also represent the last month of hiring that has been a factor of re-openings - the August print will be a whole new game, hence why we need to see a fiscal stimulus agreement through Congress sooner," Chris Weston, head of research at Pepperstone, said in a market note.

Republicans and Democrats remained far apart about what to include in another wave of coronavirus stimulus. The Treasury Secretary and White House Chief of Staff began another round of negotiations with the top Democratic leaders in Congress.

Even though many senators already have left town, the four negotiators were continuing efforts for a deal that could be voted upon by summoning senators back to Washington.

China trade data was due out later on Friday.