In 2018, global gas demand saw its strongest growth since 2010 at an estimated rate of 4.6 percent, driven by the United States and China, both accounting for 70% of total demand growth. 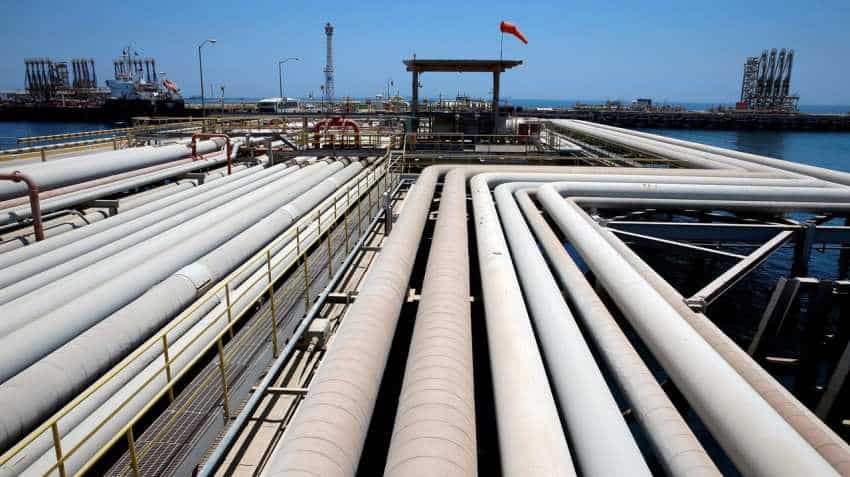 Global gas demand is expected to grow at a rate of 1.6% a year until 2024, Photo: Reuters
Written By: Reuters
RELATED NEWS

Global gas demand is expected to grow at a rate of 1.6% a year until 2024, fuelled by Chinese consumption which will account for over a third of the demand growth during the period, the International Energy Agency said on Friday. China`s push to switch from coal to gas in power generation and natural gas for residential use to improve air quality under its "blue skies" initiative will play a major role in driving demand, the IEA said. China`s gas demand growth is seen at an average rate of 8%, down from the two-digit growth rate in recent years as its economic growth slows, but would still account for around 40% of the global demand increase in the coming years, said Keisuke Sadamori, IEA Director for Energy Markets & Security.

The Asia-Pacific region will remain the largest source of gas consumption growth in the medium term with an average rate of 4% per year, and will account for around 60% of the total consumption increase until 2024. Domestic demand in the United States, the Middle East and North Africa, would contribute to the growth in demand, the IEA said in its annual gas market report. Gas demand in Europe will benefit from the shutdown of coal and nuclear power plants, but gains would be limited by the expansion of renewables and lower demand for heating, it said. The industrial sector is expected to be a strong source of growth, accounting for almost half of the global increase, replacing power generation as the main growth driver. In 2018, global gas demand saw its strongest growth since 2010 at an estimated rate of 4.6 percent, driven by the United States and China, both accounting for 70% of total demand growth.

"Demand growth in the U.S. was the largest, increasing by 80 billion cubic metres (bcm) or over 10%. The switch from coal to gas mainly in power generation for the U.S. or in residential and industry sector for China was responsible for nearly half of the increase," Sadamori said.  The weather also had a major impact on U.S. gas demand in 2018 with a colder-than-average winter and hotter-than-average summer driving demand in building and power generation, he said.

The United States is expected to continue its lead in supply growth with annual output seen exceeding 1 trillion cubic metres (tcm) by 2024. In the liquefied natural gas market (LNG), trade is expected to reach 546 bcm by 2024 from 432 bcm in 2018. China will become the largest LNG importer by 2024 at 109 bcm, ahead of Japan. The IEA report said the United States was expected to surpass Qatar and Australia to become the world`s largest LNG exporter by the end of the forecast period, at 113 bcm in 2024, and the United States, Australia and Russia would account for around 90% of the increase in LNG exports during the period.

In Europe, the supply gap will widen to reach 336 bcm by 2024, increasing by almost 50 bcm per year as domestic production continues its slide with the phasing out of the Groningen field in the Netherlands, and North Sea depletion. IEA said the use of LNG for maritime transport was still a niche market concentrated in Europe with around 155 LNG-fuelled vessels in operation as of early 2019, but the fleet of LNG-powered vessels was growing fast, and would double by 2024.