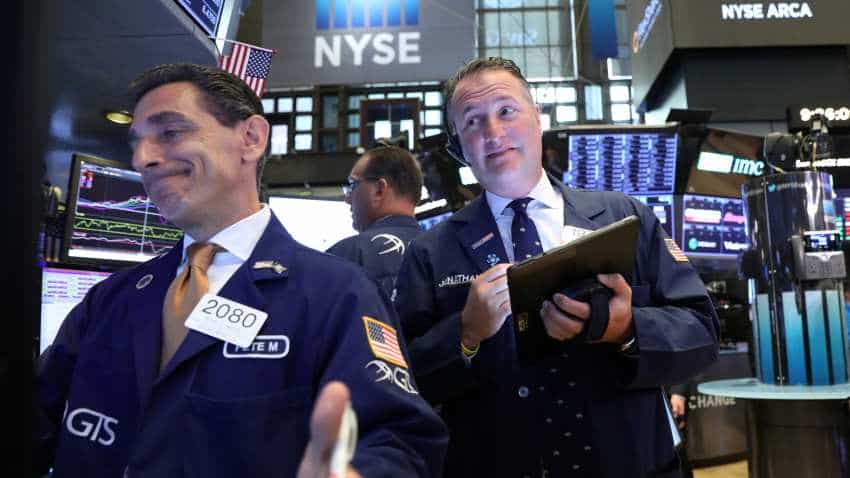 Global markets: Gold pared some losses, after falling more than 1%, as investors opted for the safety of bullion following the delisting reports. Image source: Reuters

Oil prices and a gauge of global equity markets fell on Friday on media reports that the administration of President Donald Trump may limit US portfolio investments into China, a move that would mark an escalation of US-Sino trade tensions. The delisting of Chinese companies from US stock exchanges was part of a broad effort to limit U.S. investment in Chinese companies, two sources briefed on the matter told Reuters.

"If our policies spark a major sell-off in Shanghai where that creates problems for China, that could negatively impact the trade negotiations," said Michael O`Rourke, chief market strategist at JonesTrading in Greenwich, Connecticut.

Gold pared some losses, after falling more than 1%, as investors opted for the safety of bullion following the delisting reports.

MSCI`s world equity index, which tracks shares in 47 countries, had rebounded earlier in the session on optimism the US-China trade row might be easing. Markets largely brushed off concerns about impeachment moves against Trump.

Still, the Commerce Department reports likely do not signal a recession is looming as consumer spending remains supported by solid income growth thanks to the lowest unemployment rate in nearly 50 years and massive savings.

A strong rally in mining shares propped up European shares, but they ended the week lower for the first time in five weeks as concerns about economic growth and trade, as well as political worries, kept a lid on gains. The pan-European STOXX 600 index closed up 0.47% and the FTSEurofirst 300 index of leading regional shares gained 0.41%.

Earlier in the day, Asia-Pacific shares outside Japan were buffeted by the political worries in the United States and shed 0.3%. Oil prices fell and posted a weekly loss on faster-than-expected recovery in Saudi output, while investors also worried about global crude demand amid slowing Chinese economic growth.

In China, the world`s second-largest economy and biggest importer of crude oil, industrial companies reported a contraction in profits in August.

"If the global economy weakens, for which there are already some signs, we may lower oil demand expectations," IEA Executive Director Fatih Birol told Reuters.