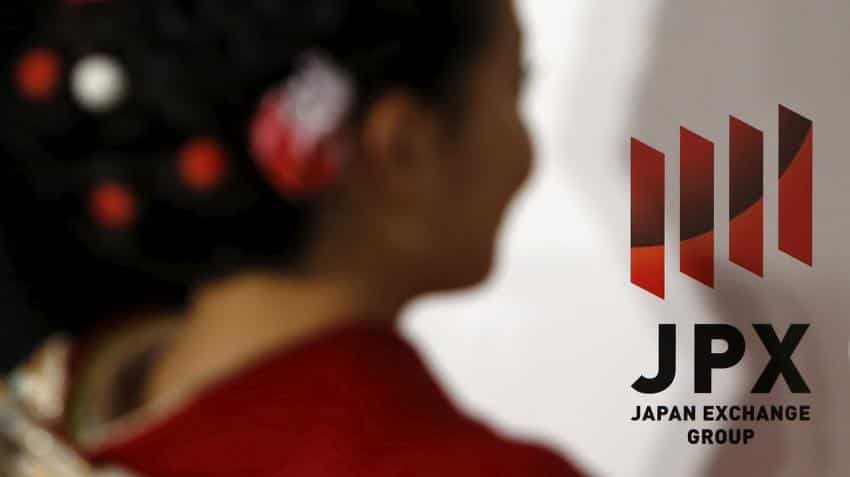 A logo of Japan Exchange Group is seen next to a woman, dressed in ceremonial kimono, at the Tokyo Stock Exchange (TSE), in Tokyo, Japan, January 4, 2016. Image Source: Reuters/Yuya Shino/File Photo
Written By: Reuters
RELATED NEWS

Global equities took another step down in Asia on Tuesday, with regional markets sliding and sterling wallowing near three-decade lows as Britain's shock vote to exit the European Union (EU) continued to roil financial markets.

MSCI's broadest index of Asia-Pacific shares outside Japan slumped 0.3%, after Wall Street marked its worst two-day drop in about 10 months.

Japan's Nikkei stock index was down 1.3% in early trading. It has remained volatile in recent days, rebounding 2.4% on Monday following its 7.9% plunge on Friday.

The Brexit shock on Thursday has continued to reverberate around global financial markets amid deep uncertainty about Britain's future as well as the European Union (EU), raising worries about global growth at a time when many economies remain pressured.

Standard & Poor's Ratings Service stripped Britain of its last remaining triple-A credit rating on Monday, cutting it by two notches to 'double-A', while Fitch Ratings reduced their UK rating by one notch to `AA.`

The euro edged down slightly to $1.1020, not far above Friday's three-month low of $1.0912 as it faced the impact of the British vote outcome.

"In the near term, risk aversion and market uncertainty makes the euro less attractive to investors," Kathy Lien, managing director of foreign exchange strategy at BK Asset Management, wrote in a note to clients.

"In the long run, Brexit also raises questions about the Eurozone's viability because if major countries like Britain start dropping out the EU, nationalism could drive smaller Eurozone nations to exit out of the euro," she said, adding that she expects the euro to "make another run" for the $1.0900 level.

Japanese officials have threatened to intervene if they see yen rises as excessive, though market participants doubt Tokyo will actually step in, given strong opposition from Washington.

The yield on benchmark 10-year Japanese government bonds (JGB) as well as 20-year JGB yields both dropped to record lows on Tuesday as the Brexit fallout pulled more investors into the safety of government debt.

Crude oil prices clawed back some of their overnight losses after tumbling nearly 3% on Monday.