Global economy week ahead: Investors all ears as Trump set to break silence 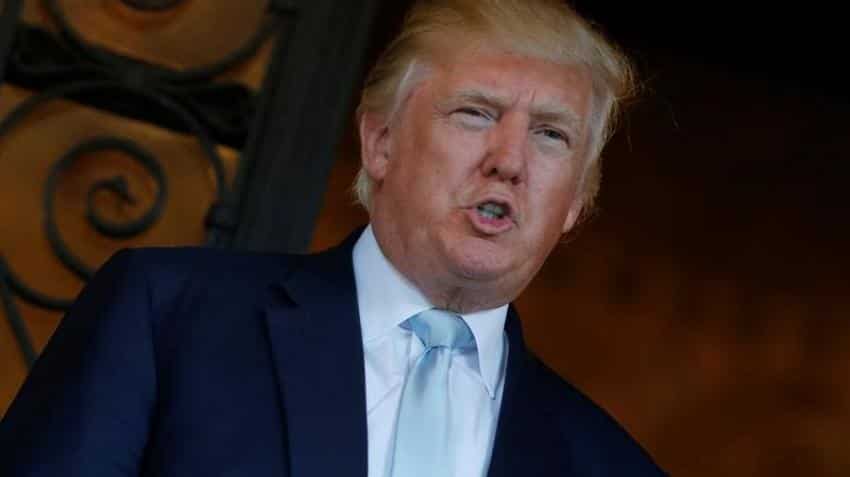 U.S. and Chinese data and an expected news conference by U.S. President-elect Donald Trump in the coming week may shed some light on the state of the world`s two biggest economies - and the outlook for relations between them.

Trump, who takes office on January 20, has said he will hold a news conference on Wednesday. It will be his first since winning the November election, although he has been outspoken on Twitter.

Investors will welcome any insights he may give on his policies regarding China as well as the domestic economy.

"This occasion could be an opportunity for Trump to highlight key priorities, with markets especially alert to details regarding tax reform, infrastructure spending plans and his China trade stance," Standard Chartered said in a weekly note to investors.

Some analysts are concerned about the broad economic and political impacts of Trump`s relations with the rest of the world.

"Trump`s plans for trade and foreign policy in particular are fraught with considerable threats to the real economy," Commerzbank currency strategist Thu Lan Nguyen wrote, suggesting a trade war with China or Mexico may do the U.S. economy more harm than good.

On the U.S. domestic front, expectations of heavy spending under Trump to create jobs in the Rust Belt states that swung the election his way have helped lift consumer sentiment to multi-year highs and driven up Treasury yields in a burst of "Trumpflation."

One gauge of that sentiment will be U.S. retail sales data for December due on Friday. They are expected to show a 0.7 percent rise from the previous month, according to a Reuters poll of economists.

Another will be the University of Michigan consumer sentiment index, also out on Friday, which economists polled by Reuters expect to come in at 98.5, the highest reading since early 2004.

"Higher interest rates and rising gasoline prices will be headwinds for the consumer sector, but solid labor income and the prospects for personal tax cuts will eventually support decent consumption growth," Credit Suisse said in a weekly report.

In a reflection of the prolonged weakness of China`s yuan, data this Saturday is expected to show Beijing`s forex reserves dwindled to just above $3 trillion in December - the lowest level since February 2011.

While the yuan has soared in recent days, helping create a liquidity squeeze in Hong Kong, a Reuters poll showed it is expected to slide at least 4 percent more this year, hurt by fiscal stimulus and faster interest rate hikes in the United States.

"It remains to be seen whether tightening yuan liquidity conditions in Hong Kong and reports of capital controls being introduced will be sufficient to halt the slide" in the yuan, analysts at Investec said in a weekly note to clients.

Another fear for investors may be whether the prolonged slide of the yuan sets off a vicious cycle of more outflows, currency depreciation and rising inflation, on which China issues December data on Tuesday.

Adding to China`s problems, Trump has vowed repeatedly to label Beijing a currency manipulator, a move that would heighten tensions between the two major trading nations.

The fall in sterling since Britain voted to leave the European Union has so far failed to boost British industrial production, a poor sign for overall economic growth in the last quarter of 2016.

Manufacturing and broader industrial output data due on Wednesday are expected to show a rebound in November from a sharp contraction in October, although the rise may not be enough to have a positive effect on fourth-quarter GDP data due out at the end of January.

"We tend to the view that the manufacturing sector probably expanded only very modestly in Q4. However this is unlikely to be the case for industrial production, where a second successive quarterly decline appears virtually inevitable," Investec chief economist Philip Shaw said in a note.