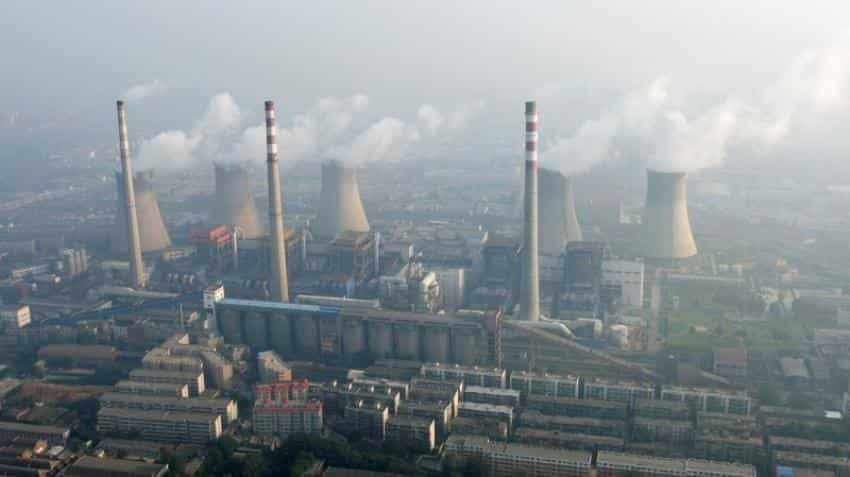 The amount of coal-fired power generation under development worldwide has shrunk by 14 percent this year, driven down by China as it struggles with oversupply and tries to promote cleaner energy, a study showed on Wednesday.

India also introduced policies in the first half of 2016 curbing plans for coal-fired plants, partly due to under-utilisation of existing plants, according to a Global Coal Plant Tracker run by non-government and anti-coal group CoalSwarm.

Overall, the amount of coal-fired generating capacity in pre-construction planning fell 14 percent to an estimated 932 gigawatts (GW) in July from 1,090 GW at the start of the year, it said.

The overall decline, of 158 GW, was almost equal to the coal generating capacity of the European Union, at 162 GW, it said.

"It`s a combination of environmental concerns, including climate and health, along with the deteriorating economics of coal," Ted Nace, director of CoalSwarm, told Reuters of the causes for the decline.

China had the biggest drop in its pre-construction pipeline by far, of 114 GW to a total 406 GW proposed, followed by India with a decline of 40 GW, it estimated.

The Philippines and Indonesia had also curbed coal, while countries such as Egypt and Mongolia raised their planning.

China vowed in February to close 500 million tonnes of coal production in the next three to five years to reduce oversupply. Profits also shrank in the first half because of sagging power demand and higher coal prices.

Beijing is trying to limit air pollution and climate change.

Even so, the report said the amounts of coal being planned and built were still too high to limit a rise in temperatures to the toughest aspirational goal of 1.5 degrees Celsius (2.7 Fahrenheit) set by world leaders in the Paris Agreement on climate change last year.

Ben Caldecott, director of the Sustainable Finance Programme at the University of Oxford`s Smith School, said factors such as cheaper renewable energies and worries about climate change, pollution and water stress were causing cancellations.

"This trend will accelerate over time," he wrote in a comment on the report.

Coal plant retirements are increasing worldwide, especially in the United States and Europe, but are still only a fifth the size of new plant construction, a study by CoalSwarm and other non-governmental organisations said in March.

Coal is the most polluting of the major fossil fuels and blamed for greenhouse gases that stoke more heatwaves, floods and rising sea levels.