Ivanka is leading a high-powered American delegation of officials, women entrepreneurs and businessmen for the GES in Hyderabad from November 28-30. She would deliver the key note address at the three-day summit, which would be inaugurated by Prime Minister Narendra Modi. 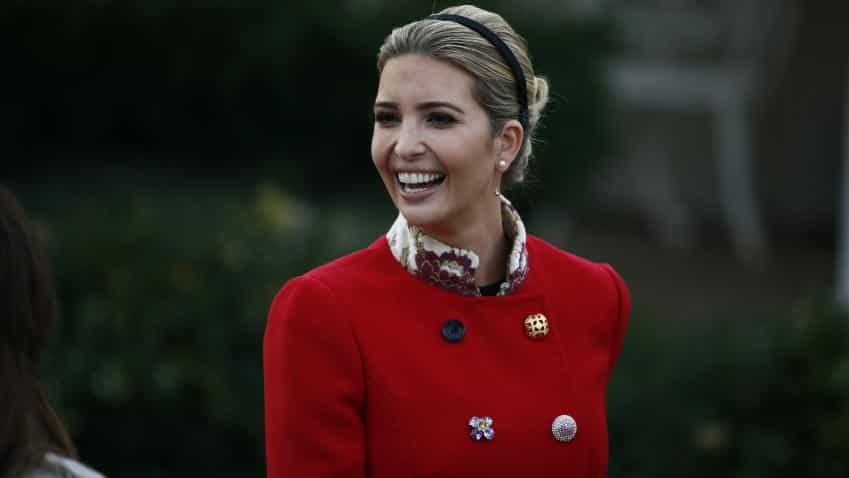 The Global Entrepreneurship Summit 2017 being hosted by India along with the US is a testament to the "strong friendship" between the two countries, US President Donald Trump's daughter and adviser Ivanka Trump said today.
Ivanka, 36, is headed to India after Thanksgiving ritual. She is leading a high-powered American delegation of officials, women entrepreneurs and businessmen for the GES in Hyderabad from November 28-30. Ivanka would deliver the key note address at the three-day summit, which would be inaugurated by Prime Minister Narendra Modi.
For the first time, in its eight editions, the summit has been themed "Women First and Prosperity for All," which "demonstrates" the administration's "commitment to the principle that when women are economically empowered, their communities and countries thrive," Ivanka said in a preview of her India trip.
The summit, to be attended by 1,500 entrepreneurs from 170 countries, would have around 350 participants from the US, a large number of whom are Indian-Americans.
Among prominent members of the administration joining her on the trip are US Treasurer Jovita Carranza, administrator of the Office of Information and Regulatory Affairs Neomi Rao, USAID administrator Mark Green, and Overseas Private Investment Corporation president and CEO Ray Washburne.
Women will represent 52.5 per cent of the entrepreneurs, investors and ecosystem supporters at the GES 2017. In fact, more than 10 countries including Afghanistan, Saudi Arabia and Israel will be represented by an all-women delegation, the State Department said.
The entrepreneurs attending the GES also reflect a very young team with nearly 31.5 per cent of them being either aged 30 or below. The youngest entrepreneur is aged 13 while the oldest one is 84.
Ivanka said she "very much" looks forward to her visit.
India, she said, is "a great friend and partner" in the US. The goal of the collaboration is to grow the shared economic and security partnership, she said.
According to the officials, during her India visit, Ivanka is likely to spend some time on sightseeing, including a possible stop at the Charminar.
She will be participating in two panels: The plenary session : "Be the Change -- Women's Entrepreneurial Leadership," on Tuesday evening and on Wednesday morning a breakout session : "We Can Do It! Innovations in Workforce Development and Skills Training."