The buildup has also been overshadowed by US pressure on its allies to bar Chinese vendors from participating in building 5G networks due to national security fears. 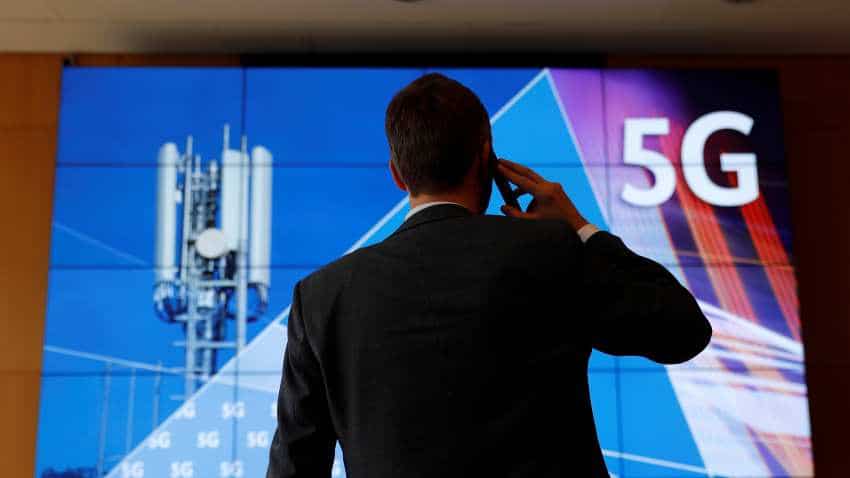 Germany begins an auction of spectrum for next-generation 5G mobile networks on Tuesday, the outcome of which will play a decisive role in determining whether Europe`s largest economy remains competitive in the digital age. It nearly didn`t happen: a raft of lawsuits brought by network operators was thrown out by a court only last week. The buildup has also been overshadowed by US pressure on its allies to bar Chinese vendors from participating in building 5G networks due to national security fears.

In the end, regulators preferred to draft tougher rules for all vendors rather than meet the U.S. demand to banish China`s Huawei Technologies, the global network market leader. Here`s an overview of how the auction will work:

WHAT IS BEING AUCTIONED?
Germany`s Federal Network Agency (BNetzA) is auctioning off 41 blocks of spectrum in the 2 GHz and 3.6 GHz bands.

These frequencies have relatively short range and high data-carrying capacity, suiting them to use in running `connected` factories - an industrial policy priority.

Urban areas should get 5G coverage early, with another application likely to be super-fast domestic wireless broadband.

Also participating is 1&1 Drillisch, a virtual mobile operator controlled by United Internet that wants to run a fourth network.

The Big Three filed lawsuits to delay the auction, arguing that its requirement to provide high-speed coverage to 98 percent of households by 2022 was too onerous. They also criticised rules for network sharing, arguing they would make life too easy for new market entrants.

The Cologne Administrative Court threw out those lawsuits on Friday. Outstanding litigation may yet lead to the results of the auction being reviewed, although BNetzA says it is on firm legal ground.

HOW MUCH MONEY WILL THE AUCTION RAISE?
BNetzA has declined to forecast proceeds but the federal government hopes to raise several billion euros - money it will reinvest in upgrading Germany`s broadband networks.

The last auction in 2015, for 4G frequencies, raised 5.1 billion euros ($5.8 billion). Back in 2000, a 3G auction raised more than 50 billion euros - a ruinous sum that forced some players out of the market and others to merge.

HOW WILL IT WORK?
The auction is being held in old army barracks in the south-western city of Mainz. Bid teams will have to surrender their phones when they enter. They will submit offers from separate rooms via a secure network, and can only seek guidance via fax from their head offices.

All 41 blocks will be auctioned simultaneously and results will be published online after each round. Minimum bids range between 1.7 million and 5 million euros and total 104.6 million euros. The process ends when no fresh bids are entered. Based on past experience, the auction could run for weeks - a previous one in 2010 lasted six weeks.

WHAT ABOUT U.S. CALLS TO SHUT OUT CHINESE VENDORS?
Germany resisted calls from the United States to shut Chinese network vendors out of its 5G buildout due to national security concerns.

Instead of banning Huawei outright, regulators have tightened rules on all network vendors. These won`t bid in the auction but will be key partners in upgrading network infrastructure.

WHAT ABOUT OTHER EUROPEAN AUCTIONS?
Several countries - among them Ireland, Finland, Italy, Switzerland and Austria - have already auctioned 5G spectrum. Most have been low-key affairs, with only modest sums raised because the sales were designed to leave operators with money left over to invest in network upgrades.

Countries like France have yet to hold 5G auctions, leaving Europe as a whole lagging early adopters like the United States, Japan and Korea.