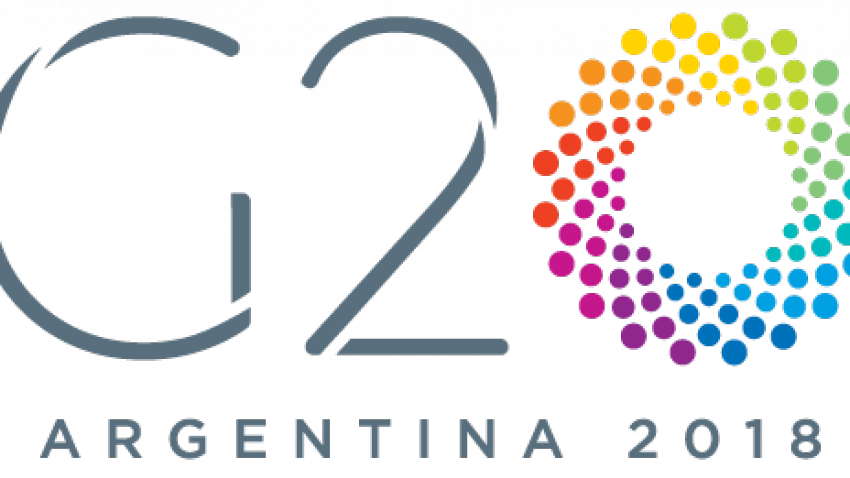 European officials said a trade war would produce only losers and the G20 were united in support of "multilateralism". Image source: Wikipedia
Written By: Reuters
RELATED NEWS

The world`s financial leaders rejected protectionism on Tuesday and urged "further dialogue" on trade, but failed to diffuse the threat of a trade war days before U.S. metals tariffs take effect and Washington is to announce measures against China. Finance ministers and central bankers of the world`s 20 biggest economies, which represent 75 percent of world trade and 85 percent of global gross domestic product, discussed trade disruptions as a risk to growth at a two-day meeting.

But after talks described by participants as "polite" and mainly consisting of read-out statements with no debate, the G20 agreed only to stand by an ambiguous declaration on trade from 2017 and "recognise" the need for more "dialogue and actions". "We reaffirm the conclusions of our leaders on trade at the Hamburg Summit and recognise the need for further dialogue and actions. We are working to strengthen contribution of trade to our economies," the final G20 ministers` statement said.

But the declaration did little to dispel concern over a global trade war as the United States` tariffs of 25 percent on imported steel and 10 percent on aluminium take effect on Friday.

Two officials briefed on the matter said U.S. President Donald Trump would also unveil tariffs on up to $60 billion in Chinese technology and telecoms products by Friday, a move stemming from Beijing`s intellectual property practices.

The 2017 Hamburg declaration, which the financial leaders referred to on Tuesday, said G20 countries would "continue to fight protectionism including all unfair trade practices."

But it also said G20 leaders "recognise the role of legitimate trade defence instruments," an ambiguity which provides the United States with a way to argue its cause on the tariffs.

"We need to be prepared to act in the U.S. interest, again, to defend free and fair, reciprocal trade," he said in a press conference after the talks, adding that there was always a risk that others would reciprocate.

"On the steel and aluminium issue, this is a result of unfair trade practices and that`s why we`ve responded that way."

Canadian Finance Minister Bill Morneau, comparing this G20 meeting to the one in Germany last year when Mnuchin demanded a rewrite of the longstanding communique language on trade, said the rest of the world now has a better sense of the U.S. view on how the rules of trade should be reworked.

"There`s not a consensus, everyone around the table doesn`t have the same point of view, but there`s a greater understanding of what it is they`re trying to achieve," Morneau said.

EUROPE READY TO RETALIATE
The European Union, the biggest U.S. trading partner, wants to be exempt from the metals tariffs like Canada and Mexico, but so far has not had any success.

The EU, as a result, is preparing retaliatory tariffs on U.S. products ranging from bourbon and jeans to Harley-Davidson motorcycles.

European officials said a trade war would produce only losers and the G20 were united in support of "multilateralism" - G20 jargon for solving disputes through negotiations in the World Trade Organization.

"We all agreed trade wars are a negative sum game," Bank of Italy Governor Ignazio Visco told reporters on the sidelines of the meeting. "There hasn`t been any voice against rule-based multilateralism."

French Finance Minister Bruno Le Maire stressed Europe expected to get exemptions from the U.S. tariffs without any conditions and warned protectionism would hurt world growth.

"It is of the utmost importance to avoid any unilateral choice that might jeopardize our growth. Unfair trade conditions, protectionism might jeopardize the economic recovery all over the world," he said.

Mnuchin said he has had very direct conversations with his counterparts in China and that he looks forward to working with Liu He, China`s newly-installed, Harvard-educated vice premier in charge of financial and industrial policy, on getting better access to the Chinese market.

The G20 also called for continued international monitoring of cryptocurrencies such as bitcoin, and the risks they posed.