The dollar struggled to get on the front foot on Friday, and was poised for a weekly loss against major currencies after the US Federal Reserve joined global peers with plans to cut interest rates. 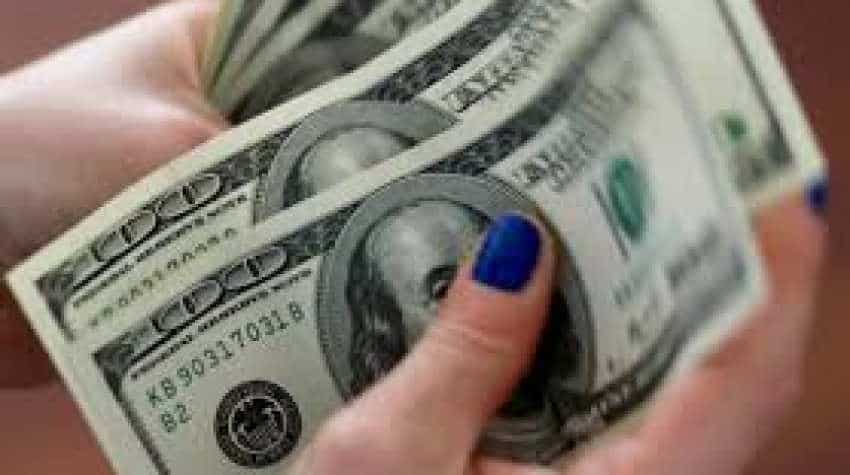 The dollar traded at 107.30 yen, slightly above a five-month low of 107.20 yen reached Thursday after Fed Chairman Jerome Powell signalled a rate cut at the next policy meeting in July. Photo: Reuters

The dollar struggled to get on the front foot on Friday, and was poised for a weekly loss against major currencies after the U.S. Federal Reserve joined global peers with plans to cut interest rates to support flagging economic growth. A decline in benchmark 10-year Treasury yields below 2% and a rise in gold above heavy technical resistance to a near six-year high suggested the dollar could face a period of prolonged selling pressure, traders and analysts say.

The focus now shifts to whether the United States and China can resolve their trade row at a Group of 20 leaders summit in Osaka next week, but analysts caution that chances of a decisive breakthrough are low.

"The dollar`s upside is capped, because we are already looking past the Fed`s July meeting for more rate cuts," said Junichi Ishikawa, senior foreign exchange strategist at IG Securities.

"Central banks are in a competition to ease policy, so it`s a question of which currency to sell. There are some hopes surrounding G20, but we`ve been here before only to be disappointed."

Money markets are pricing in three Fed rate cuts before year-end, starting with the next meeting in July, and are tipping as many as five cuts through mid-2020.

The dollar traded at 107.30 yen , slightly above a five-month low of 107.20 yen reached Thursday after Fed Chairman Jerome Powell signalled a rate cut at the next policy meeting in July.

Powell`s rate tilt joined the Fed with global peers such as the European Central Bank and the Reserve Bank of Australia this week on a path toward more policy stimulus to maintain economic growth.

Some hedge funds were surprised by the Fed`s dovish stance, leading to an unwinding of dollar-long positions built up before its meeting on Wednesday, analysts said.

For the week the dollar was down 1.2% versus the yen, on course for the biggest decline since late March.

China has confirmed that President Xi Jinping and U.S. President Donald Trump will meet on the sidelines of G20 next weekend.

The two countries have raised tariffs on each other`s goods in a dispute about China`s trading practices, hitting global trade and growth. Talks broke down last month, and some traders say chances for a truce next week are low.

Sterling changed hands at $1.2707, on course for a 1.0% weekly gain, which would be its best performance in seven weeks.

The Bank of England on Thursday struck a less dovish tone than other central banks as they voted unanimously to keep interest rates on hold at 0.75% and stuck to their message that rates would need to rise, so long as Britain avoids a damaging no-deal exit from the European Union.