Analysts have predicted the US Federal Reserve chief Janet Yellen to hike interest rate in its monetary policy meet on Wednesday. 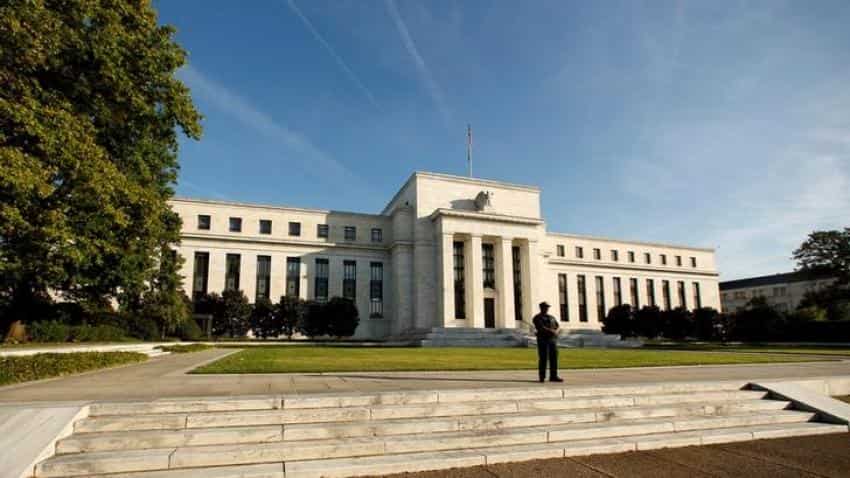 A police officer keeps watch in front of the US Federal Reserve in Washington. Image Source: Reuters
Written By: Reuters
RELATED NEWS

The US Federal Reserve is expected to raise interest rates for the second time in three months on Wednesday, encouraged by strong monthly job gains and confidence that inflation is finally rising to its target.

A rate hike at the conclusion of the Fed`s latest two-day policy meeting is already baked into bond yields and financial markets overall, with investors putting the likelihood of such a move at 95%, according to CME Group`s FedWatch program.

Attention is turning instead to whether the US central bank will signal an even faster pace of monetary tightening this year than the current three rate hikes that it projected at the December policy meeting.

"Expectations have some catching up to do regarding the Fed`s need to `lean into the wind` of rising inflation, strong growth, robust sentiment, easy financial conditions, and the likelihood of fiscal stimulus in 2018," analysts from Goldman Sachs wrote ahead of the meeting.

They said they regarded a fourth rate increase this year as a "close call."

A rate increase on Wednesday would push the Fed`s target overnight lending rate to a range of between 0.75% and 1.00%, still low but approaching the range that the central bank has typically operated within.

The Fed is scheduled to release its latest policy statement along with updated economic forecasts at 2 pm EDT (1800 GMT). Fed Chair Janet Yellen is due to hold a press conference half an hour later.

The US economy has flexed its muscle in recent months, with job gains above 230,000 in both February and January. Consumer confidence also has risen and inflation has been firming.

Fed policymakers are also pleased by an improving global economic outlook, with euro zone growth edging up and China looking more stable than a year ago. Over the past two years Fed policymakers had worried that a weak global economy would limit US growth and hold down inflation, leaving no compelling reason to raise rates.

The Fed`s growing comfort with the economic outlook does not mean it will tighten monetary policy faster than planned.

The solid US job gains have had little impact of late on the unemployment rate, indicating that there may be more sidelined workers ready to reenter the labour force as jobs become more plentiful.

That has been a key goal for Yellen and one that may keep the Fed on the "gradual" rate hike path it has committed to in prior policy statements, said Beth Ann Bovino, US chief economist for S&P Global Ratings.

"If the incoming data show the economy heating up faster than we expect, the Fed may want to do more," Bovino wrote in a recent analysis.

But "the fact that more folks are coming into the labour force may dissuade the Fed" from moving faster than currently anticipated.