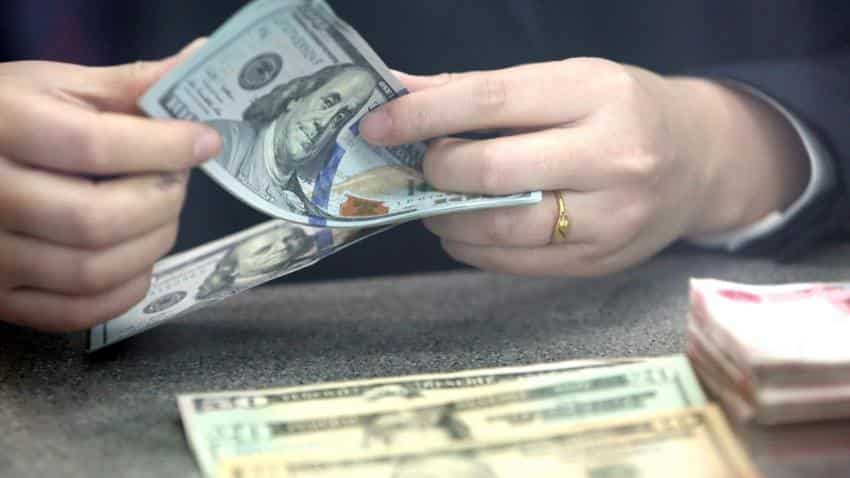 The Fed has a 2 % inflation target and tracks an inflation measure which has been stuck at 1.6 % since March. Photo: IANS
Written By: Reuters
RELATED NEWS

U.S. consumer prices were unchanged in July as the cost of gasoline fell for the first time in five months and underlying inflation moderated, which could further diminish the prospect of a Federal Reserve interest rate increase this year.

Tuesday's tame inflation report from the Labor Department came in the wake of a soft July retail sales report last week that cast doubts on the U.S. central bank`s ability to raise borrowing costs even as the labor market tightens.

Last month`s flat reading in the Consumer Price Index was the weakest since February and followed two straight monthly increases of 0.2 %. In the 12 months through July, the CPI rose 0.8 % after increasing 1.0 % in June.

The so-called core CPI, which strips out food and energy costs, edged up 0.1 % in July. It had risen by 0.2 % in each of the previous three consecutive months. The year-on-year core CPI increased 2.2 % after rising 2.3 % in June.

The Fed has a 2 % inflation target and tracks an inflation measure which has been stuck at 1.6 % since March.

The U.S. dollar fell to more than 7-week lows against the euro, yen and Swiss franc after the data, while prices of U.S. Treasuries held earlier gains. U.S. stock futures were trading slightly lower.

Late on Monday, financial markets were placing a 46.7 % probability of a rate increase at the Fed`s December policy meeting, according to CME Group`s FedWatch tool. A September rate hike has been virtually priced out.

With the labor market perceived to be either at or near full employment, Fed officials are focused on persistently low U.S. inflation. The U.S. central bank raised its benchmark overnight interest rate in December for the first time in nearly a decade.

Within the core CPI basket, housing and medical costs continued to rise. Owners` equivalent rent of primary residence jumped 0.3 % after increasing by the same margin in June.

Prices for new motor vehicles rose for the first time since February, while prices for apparel were unchanged after falling 0.4 % in June.

Low interest rates are boosting the housing market. In a separate report, the Commerce Department said housing starts increased 2.1 % to a seasonally adjusted annual pace of 1.2 million units, the highest level since February.

Last month`s increase in groundbreaking activity supports the view that investment in residential construction will rebound after slumping in the second quarter for the first time in more than two years.

Weak residential construction investment, together with an outright decline in inventory investment, a continued downturn in business spending and weak government outlays, held gross domestic product to a 1.2 % annualized growth rate during the quarter.

Against the backdrop of a tightening labor market, which is steadily driving up wages, economists expect a rebound in residential construction spending in the third quarter. But with housing starts still running ahead of permits, the anticipated bounce-back could be modest.

A survey of homebuilders published on Monday showed confidence rising in August, with builders optimistic about sales now and over the next six months. However, their views about prospective buyer traffic softened a bit.

With the housing market on solid ground, home improvement retailers are also getting a boost. Home Depot Inc on Tuesday raised its full-year earnings forecast after reporting a 6.6 % rise in quarterly sales.

In July, groundbreaking on single-family homes, the largest segment of the market, rose 0.5 % to a 770,000-unit pace in July, also the highest level since February.

Housing starts for the volatile multi-family segment increased 5.0 % to a 441,000-unit pace. Groundbreaking on multi-family housing projects with five units or more jumped to the highest level since September 2015.

The multi-family segment of the market continues to be supported by strong demand for rental accommodation as some Americans shun homeownership in the aftermath of the housing market collapse.