Fed Rate Cut: The Federal Reserve on Wednesday cut interest rates for the third time this year to help sustain US growth despite a slowdown in other parts of the world. 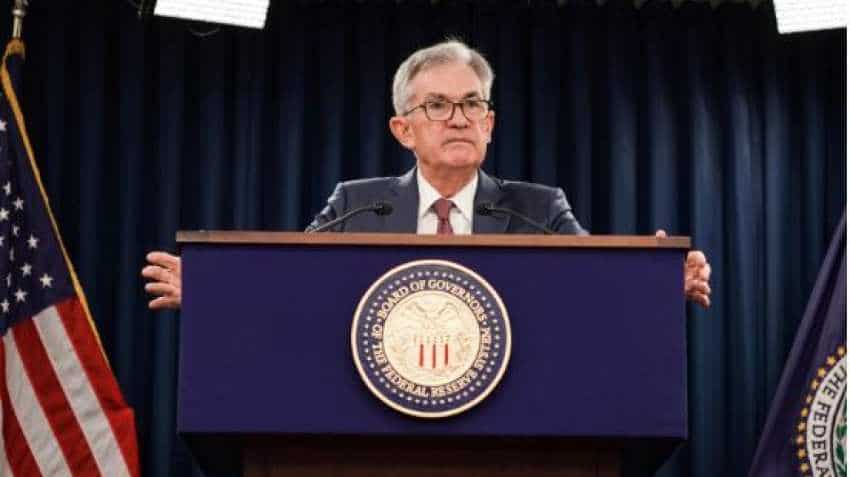 Fed Rate Cut: Fed Chair Jerome Powell said in a news conference about its decision to cut its key overnight lending rate by a quarter of a percentage. Photo: Reuters
Written By: Reuters
RELATED NEWS

Fed Rate Cut: The Federal Reserve on Wednesday cut interest rates for the third time this year to help sustain US growth despite a slowdown in other parts of the world, but signaled there would be no further reductions unless the economy takes a turn for the worse.

"We believe that monetary policy is in a good place," Fed Chair Jerome Powell said in a news conference after the U.S. central bank announced its decision to cut its key overnight lending rate by a quarter of a percentage point to a target range of between 1.50% and 1.75%.

"We took this step to help keep the economy strong in the face of global developments and to provide some insurance against ongoing risks," he said. "We see the current stance of monetary policy as likely to remain appropriate as long as incoming information about the economy remains broadly consistent with our outlook."

Powell`s comments clash with President Donald Trump`s demands that the Fed cut rates even deeper to boost economic growth that ebbed to a 1.9% annual rate in the third quarter, well below the 3% level Trump pledged would flow from a round of tax cuts and other actions nearly two years ago.

But the Fed`s new stance also vouched for both the seeming durability of a U.S. economic expansion that is now the longest on record.

In his news conference, Powell ticked off an extensive list of reasons why he feels the economy is doing well, and likely to continue to do so under the current stance of monetary policy - from robust consumer spending, strengthening home sales, and asset prices he considered healthy but not to a level of excess.

The S&P 500 index closed at another record high on Wednesday.

As well, Powell said, some of the risks that had most unnerved Fed officials, and convinced them lower rates were needed if only as "insurance," have seemed to abate in recent weeks.

The U.S.-China trade war was "a step closer" to resolution, Powell said, and it looked less likely that Britain would crash out of the European Union.

The outlook for the U.S. economy continues to be for "moderate" growth, a strong labor market and inflation rising back to the Fed`s 2% annual goal, he said, and only "a material reassessment" of that outlook could drive the central bank to cut rates further from here.

In the statement accompanying its decision to cut rates, the Fed dropped a previous reference that it "will act as appropriate" to sustain the economic expansion - language that was considered a sign for future rate cuts.

Instead, the central bank said it will "monitor the implications of incoming information for the economic outlook as it assesses the appropriate path" of its target interest rate, a less decisive phrase.

St. Louis Fed President James Bullard, who had dissented in September because he supported a bigger rate cut then, voted with the majority on Wednesday, an indication that views within the Fed may be coalescing around standing pat for now.

The rate cut was widely anticipated by financial markets, but expectations for additional cuts after October have diminished significantly in recent weeks. Contracts tied to the Federal Funds rate indicate an expectation of perhaps one rate cut next year.

While yields on longer-dated bonds showed little reaction, those on shorter-dated maturities that are more closely influenced by Fed policy expectations initially moved higher. The yield on the 2-year note rose to the highest since Oct. 1 at about 1.67% before settling back to earlier levels as Powell spoke.

"It`s pretty much what was expected," said Jim Powers, director of investment research at Delegate Advisors.

"The more important outcome is they removed the phrase `act as appropriate.` It looks like the market is taking that to mean that there will be a pause in the declining rate path they were on beforehand. That`s what was expected, and that`s generally a good thing," Powers said.

The central bank and U.S. economy are at an unusual juncture.

Unemployment is near a 50-year low, inflation is moderate, and data earlier on Wednesday showed economic growth in the third quarter slowed but not as sharply as many economists expected and some Fed officials feared.

But parts of the economy, particularly manufacturing, have stuttered in recent months as the global economy slowed. Businesses have pared investment in response to the U.S.-China trade war that both raised tariffs on many goods, and also made the world a riskier place to make long-term commitments.

While that has not had an obvious impact yet on U.S. hiring or consumer spending, Fed officials felt a round of "insurance" rate cuts was appropriate to guard against a worse outcome. The Fed cut rates in July and again in September, and by doing so hoped to encourage businesses and consumers with more affordable borrowing costs.

The approach was successful in the 1990s when risks developed during another prolonged period of economic growth.