The fall in US Treasuries came after a report showed U.S. companies added fewer jobs than expected in June, raising concerns the labour market is softening even as the current U.S. economic expansion marked a record run last month. 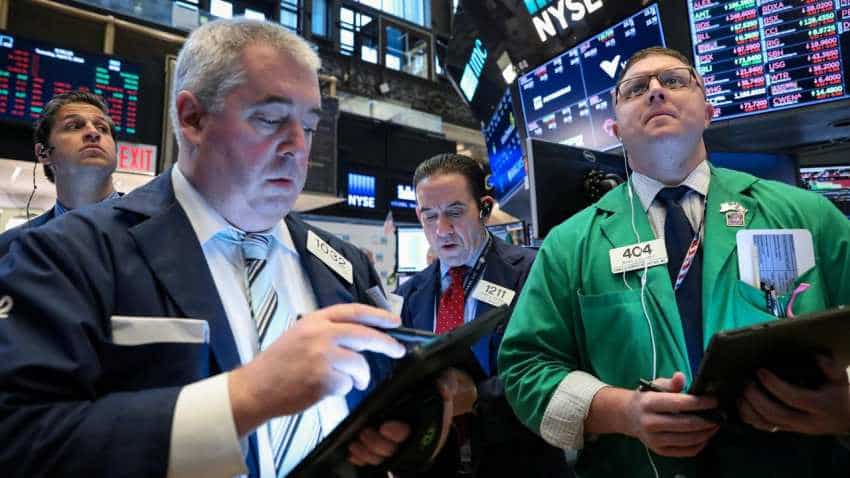 Other benchmark debt yields also held near record lows in the wake of their recent rally. U.S. 10-year Treasury notes had hit their lowest since November 2016 on Wednesday, pushed down by bets that the European Central Bank`s next head will maintain a dovish policy stance to buoy the euro zone economy.

"For central banks, everyone is expecting dovish moves, not only for U.S. but also for Europe and even Japan," said Christophe Barraud, chief economist at Market Securities in Paris. "Everybody is a optimistic for quick central bank moves."

The fall in US Treasuries came after a report showed U.S. companies added fewer jobs than expected in June, raising concerns the labour market is softening even as the current U.S. economic expansion marked a record run last month.

With Wall Street closed for the Independence Day holiday, investors said they were now focused on Friday`s U.S. non-farm payrolls, which economists expect to have risen by 160,000 in June compared with 75,000 in May.

Separately, U.S. President Donald Trump on Wednesday repeated his call for the United States to match what he says are efforts by China and Europe to manipulate currencies and pump money into their economies.

Government borrowing costs in the euro zone have fallen to record lows after EU leaders agreed late on Tuesday to name Christine Lagarde as the ECB`s new president.

The action in bond markets buoyed stocks. MSCI`s all-country world index eked out a 0.1% gain after hitting its highest since February last year a day earlier.

Equity markets across Europe were flat, with the Euro STOXX 600 unchanged amid thin volumes. The three major U.S. stock indexes had finished at record closing highs on Wednesday.

Italian 10-year bond yields stayed close to their lowest since late 2016 after the European Commission dropped its threat to discipline Rome over its public finances, pushing the country`s main bourse to a new two-month peak.

FLAT DOLLAR, EURO
Expectations for rate cuts by the Fed saw the dollar drift away from recent highs, though currencies were by and large quiet in early European trade.

The dollar index against a basket of six major currencies was unchanged at 96.711. The euro traded at $1.1284, a touch higher than its two-week low of $1.1268 touched on Wednesday.

FX strategists said that although the drop in U.S. Treasury yields overnight was negative for the dollar, softness in other currencies was lending some support.

"We are seeing some euro weakness and some dollar weakness, and the two are cancelling each other out," said Thu Lan Nguyen, FX strategist at Commerzbank. "What is happening in U.S. and euro zone monetary policy will also determine what happens in smaller countries," she added.

In commodity markets, oil fell on data showing a smaller-than-expected decline in U.S. crude stockpiles and worries about the global economy. Brent crude futures, the international benchmark for oil prices, were flat at $63.84 per barrel by 1109 GMT.