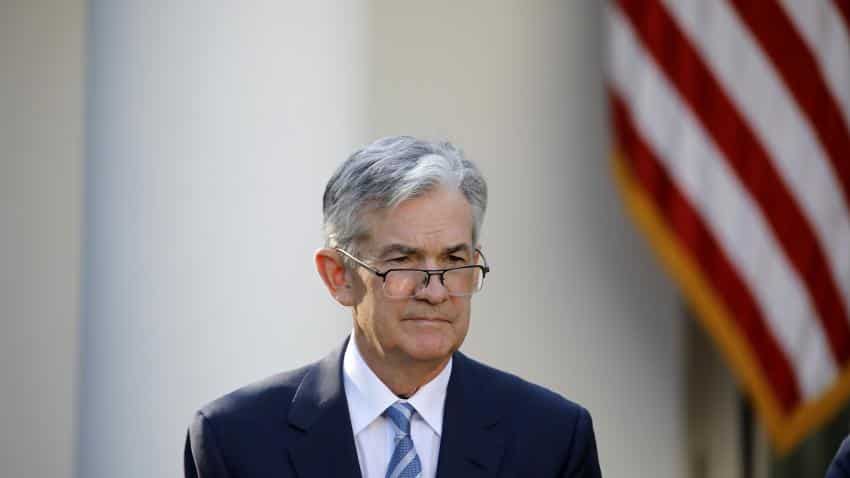 As a nominee to lead the Fed, veteran governor Jerome Powell sides with the outgoing chair Janet Yellen in arguing that the Fed`s easy money policy has paid off by bringing millions back to work without any clear sign it has thrown markets off kilter.

In remarks released ahead of his hearing by the Senate Banking Committee which is due on Tuesday, Powell said the Fed needed the capacity "to respond decisively and with appropriate force" to new threats to the economy.

In the past, however, Powell has been more cautious about the risks posed by such an expansive approach. In his first months at the Fed, Powell was among those who pressured then chair Ben Bernanke for more clarity on when the central bank would start scaling back its bond buying. When Bernanke made those plans public it triggered a "taper tantrum" spike in market interest rates in the summer of 2013, forcing Bernanke, Powell and others to do damage control.

As Powell, 64, now prepares to lead the Fed himself, former colleagues, associates and former Fed staff say the key unanswered question is whether his evolution - from a former investment banker wary of an expanding Fed to a supporter of Yellen`s jobs-first approach - represents a change of heart, or rather the outgoing chair`s imprint on the current debate.

What is not clear is how he would respond to another recessionary shock, Minneapolis Fed President Narayana Kocherlakota, who himself transitioned from a policy hawk to dove while in office, told Reuters.

"Would Powell be willing to be as aggressive as Yellen?" Kocherlakota asked.

Powell will come under particular scrutiny as the first non-economist to run the Fed since William Miller in the 1970s, who was at odds with markets and his colleagues over his reluctance to raise rates to fight high inflation.

Globally, it is the norm that top central bankers hold advanced economics degrees or rise through the ranks of the central bank or national finance ministry. Powell, a lawyer by training, served three years at the Treasury in the early 1990s, but spent most of his career in investment banking and private equity.

Still, even well-known economists have surprised once in the top job. A review of tenures of Arthur Burns, Alan Greenspan and Ben Bernanke by economists Alexander Salter and Daniel Smith showed all three implemented policies they opposed before taking office.

"Prior to serving as Fed chairman, each favored a degree of monetary restraint, acknowledging the past errors of the Fed," Salter and Smith wrote.

"But during their tenure at the Fed, these economists’ views switch to promoting monetary activism," they said. They said they focused on the three because their extensive writings allowed such comparisons.
ONE EYE ON TRUMP

While there is no immediate policy challenge for Powell to tackle, the Fed is trying to get a handle on the U.S. economy`s ability to grow without stoking inflation, and whether low long-term bond yields signal investors are losing faith in the recovery.

President Donald Trump`s tax and spending plans could also present a risk if they spurred higher inflation. Any Fed policy tightening in response could mean a clash with Trump, who picked Powell, initially considered a long-shot for the job, out of a group of five finalists that included Yellen.

There is also a risk that one of the longest U.S. recoveries could fizzle during Powell`s four-year term.

David Stockton, the former head of research at the Fed, said that Powell will do well by continuing Yellen`s policies if the economy stays on its current course. Too little is known, though, about Powell`s capacity to diagnose and respond to crises, he said.

Powell became a Fed governor in 2012 when the recovery was taking hold and the debate centered on how to end the Fed`s crisis response programs and raise interest rates for the first time in nearly a decade.

"He has expressed in the past greater concern about the side effects of low interest rates and quantitative easing," Stockton said. "Does that mean he will be more reluctant to move quickly, and what will the consequences be?"

After the "taper tantrum," Powell appeared to side with the hawks again in the summer of 2015, when he argued two rate rises might be needed that year. That initial view overlooked how a meltdown in the Chinese stock market would dim the global economic outlook.

He later backtracked and the Fed eventually moved only once that year, raising rates in December.

Over time, Powell`s speeches have come to emphasize how the long spell of loose U.S. policy has given workers time to recover - the argument that has defined Yellen`s term as chair.

Those who have worked with Powell say it reveals a key skill needed to lead the Fed.

"You need to know what you don’t know. And you need to be willing to listen when you don`t know something," said Karen Dynan, who as an assistant Treasury Secretary in Barack Obama`s second administration would regularly meet Fed governors.