SINGAPORE (Reuters) - Facebook on Thursday said it had banned the Myanmar military from using its Facebook and Instagram platforms with immediate effect, as weeks of mass demonstrations continue in the Southeast Asian country after the military seized power. 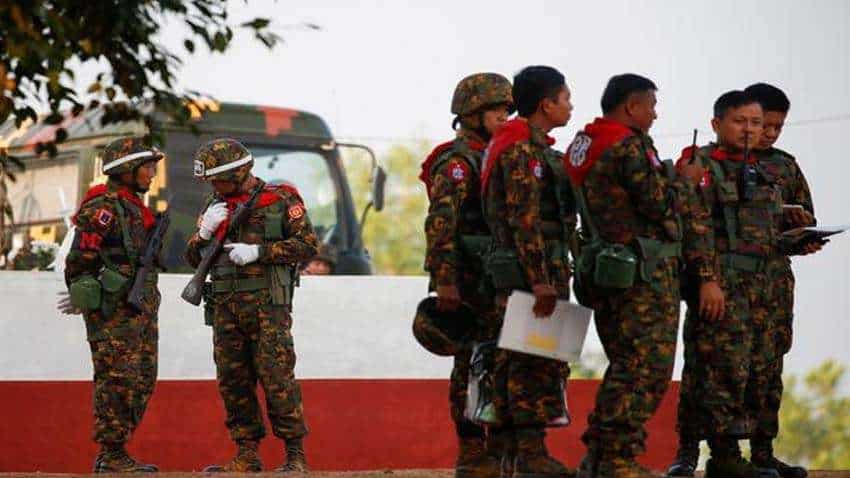 SINGAPORE (Reuters) - Facebook on Thursday said it had banned the Myanmar military from using its Facebook and Instagram platforms with immediate effect, as weeks of mass demonstrations continue in the Southeast Asian country after the military seized power.

"Events since the February 1 coup, including deadly violence, have precipitated a need for this ban," Facebook said in a blog post. "We believe the risks of allowing the Tatmadaw (Myanmar army) on Facebook and Instagram are too great."

The army seized power this month after alleging fraud in a Nov. 8 election swept by Aung San Suu Kyi’s National League for Democracy (NLD), detaining her and much of the party leadership.

At least three protesters and one policeman have been killed in violence at rallies.

The U.S tech giant said it would also ban all "Tatmadaw-linked commercial entities" from advertising on its platforms.

It said the decision to ban the Myanmar army came due to "exceptionally severe human rights abuses and the clear risk of future military-initiated violence in Myanmar", as well as the army`s repeated history of violating Facebook`s rules, including since the coup.

Facebook said the ban covered the military and its sub-units, army controlled-media and the ministries of home affairs, defence and border affairs, which are under direct military control.

The military government could not immediately be reached for comment.

Facebook is widely used in Myanmar and has been one of the ways the junta has communicated with people, despite an official move to ban on the platform in the early days of the coup.

The platform in recent years has engaged with civil rights activists and democratic political parties in Myanmar and pushed back against the military after facing international criticism for failing to contain online hate campaigns.

In 2018, it banned army chief Min Aung Hlaing - now the military ruler - and 19 other senior officers and organisations, and took down hundreds of pages and accounts run by military members for coordinated inauthentic behaviour.

Ahead of November elections, Facebook announced it had taken down a network of 70 fake accounts and pages operated by members of the military that had posted either positive content about the army or criticism of Suu Kyi and her party.

The platform said on Thursday there had been attempts to rebuild army-run networks it had previously removed.