The cause of the crash was under investigation. Interstate 215, which runs between the base and the warehouse, was closed in both directions, backing up rush-hour traffic for miles. 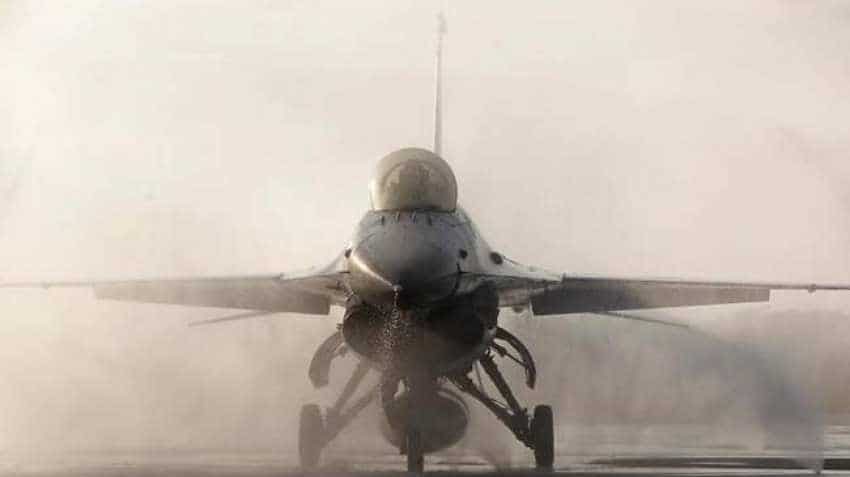 Riverside (US), May 17 (AP) A pilot ejected moments before an F-16 fighter jet crashed Thursday into a warehouse just outside March Air Reserve Base in California, military officials said. The pilot was not hurt, and there were no immediate reports of injuries on the ground, said Maj. Perry Covington, the base's director of public affairs. The cause of the crash was under investigation. Interstate 215, which runs between the base and the warehouse, was closed in both directions, backing up rush-hour traffic for miles.

Television news showed a large hole in the roof and sprinklers on inside the building about 65 miles (105 kilometers) east of Los Angeles. Cellphone photos and video from inside showed what appeared to be the tail of the plane buried in twisted metal and piles of cardboard boxes.

Daniel Gallegos, a warehouse worker, said he's used to hearing the sound of planes coming and going, but the noise just before the crash was deafening. "Next thing I know I just hear this explosion and turn around to the back of the building, and I just seen a burst of flames and just the ceiling started falling through every part of the building," he told KABC-TV .

"I turned around, and my co-worker just told me to get, so I just made a run for it." Gallegos said he believed one of his co-workers was struck by something ? possibly a falling fire sprinkler ? but wasn't seriously hurt.
The crash happened as the pilot was landing following a routine training mission, March Air Reserve Base Deputy Fire Chief Timothy Holliday said.

"The pilot was having hydraulic problems," Holliday said. "He started losing control of the aircraft." The jet's cockpit canopy was on a runway, and a parachute had settled in a nearby field.

Damage to the warehouse was relatively minor, and there was no major fire, which Holliday called "a miracle." The pilot, the only person on board, was taken to a hospital for examination, officials said.

The F-16, assigned to the Air National Guard, was carrying standard armaments, Holliday said. It will be recovered once authorities make sure the weapons don't pose a risk, he said.