Data on Monday showed the world`s third-largest economy grew an annualised 1.0% in October-December, roughly in line with the 1.1% increase markets had expected, following a revised 1.4% expansion in July-September. 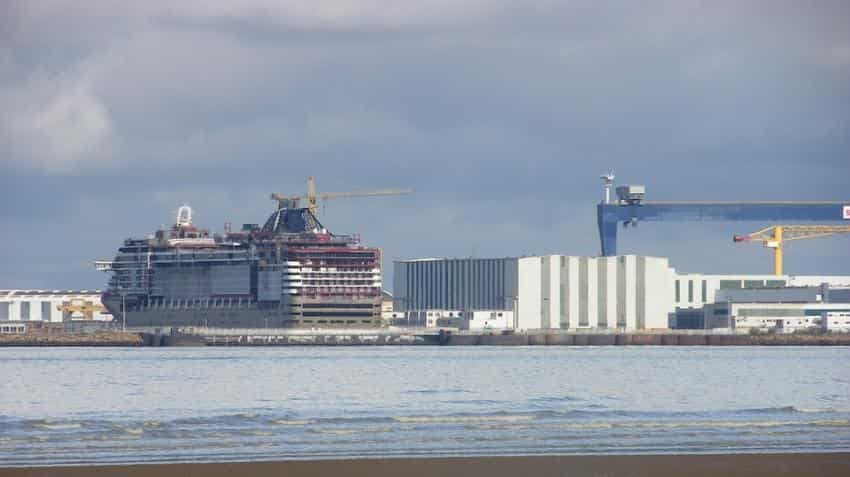 Japan`s economy grew for a fourth straight quarter in the final three months of last year as a weaker yen supported exports, but tepid private consumption and the risks of rising U.S. protectionism cast doubts over a sustainable recovery.

Data on Monday showed the world`s third-largest economy grew an annualised 1.0% in October-December, roughly in line with the 1.1% increase markets had expected, following a revised 1.4% expansion in July-September.

Japan`s export-driven growth over the quarter has helped fill the economic shortfall left by anaemic domestic demand, but accompanying this tailwind are concerns Japan`s persistent trade surplus with the U.S may make it a target of U.S. President Donald Trump`s criticism.

During a weekend meeting with Prime Minister Shinzo Abe, Trump held off from his previous rhetoric against Japan for using its monetary stimulus to weaken the yen and gain an unfair trade advantage. But analysts doubt a honeymoon would last long.

Economy Minister Nobuteru Ishihara said Japan remained in a moderate recovery trend and expected the positive momentum to be maintained, but he sounded a cautious note on the outlook.

"Attention should be paid to uncertainty over global economy and fluctuations in financial markets," he told reporters after the GDP data release.

Analysts were equally cautious about the outlook even as a weak yen has provided exports a lift.

"The fact that the economy grew a fourth straight quarter on the back of exports should be considered a passing mark for policymakers," said Hidenobu Tokuda, senior economist at Mizuho Research Institute.

"Still, the corporate sector strength has not spread to households who are facing higher costs of living and future uncertainty. The key is how price-adjusted real wages grow to support private consumption from now on."

The preliminary reading for fourth-quarter gross domestic product (GDP) figure translated into 0.2% growth on a quarter-on-quarter basis, versus a 0.3% gain expected by analysts.

External demand - or exports minus imports - contributed 0.2%age point to GDP, with exports rising 2.6%, the fastest growth in two years, on shipments of cars to China and the United States, and those of electronics parts to Asia.

Private consumption, which accounts for roughly 60% of GDP, showed no growth, largely in line with a flat reading forecast by economists. Rising prices of fresh food and vegetables are likely to have dented households` purchasing power.

Underlining a struggle to accelerate inflation to the Bank of Japan`s 2% target, the GDP deflator, a broad gauge of prices, fell 0.1% in October-December from the same period a year earlier, down for a second straight quarter of declines.

Housing investment, a bright spot in the economy thanks to the central bank`s aggressive monetary easing, rose 0.2%, the slowest expansion in four quarters.

On the upside, capital expenditure - a key component of GDP - rose 0.9%, reversing from a 0.3% decline in the third quarter.

During the October-December period, the dollar rebounded to as high as above 118 yen following Trump`s election, after hitting lows around 101 yen in October. A weaker yen helped Japan`s exports mark the first annual growth in 15 months in December. It was fetching 113.91 yen on Monday.

Trump`s protectionist policies, which have rattled global markets and regional economies reliant on the vast U.S. market, have kept investors guessing about the outlook for world trade, investment and growth.

Despite the positive diplomatic overture, the Trump-Abe meeting on the weekend has done little to allay deeper concerns about growing U.S. protectionism.

"I don`t think this summit was any indication of change in Trump`s stance of negotiating with its trading partners based on recognition that a U.S. trade deficit is bad," Yoshimasa Maruyama, chief market economist at SMBC Nikko Securities, wrote in a note to clients.