Broader impacts of the Fed`s decision to stop raising rates and start cutting them this year are already being felt across the economy. Investors anticipated that the Fed would cut further, lowering yields on bonds, and reducing mortgage rates. 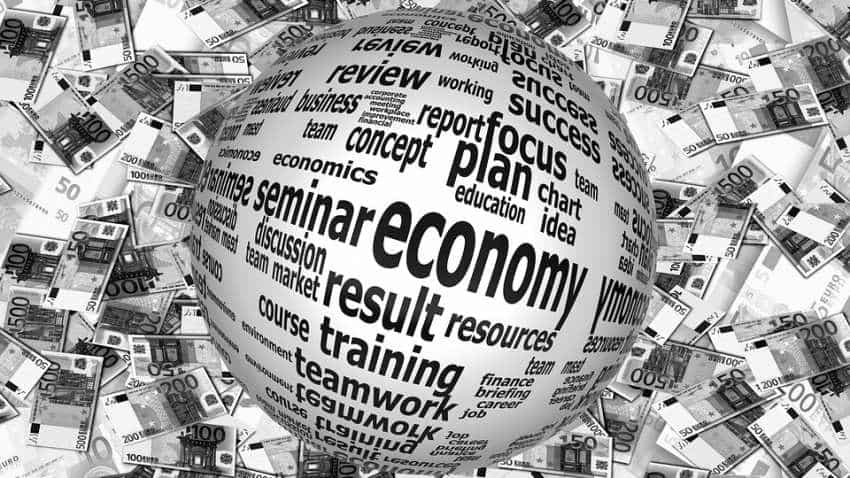 The Fed is expected to cut its benchmark rate by one quarter of a percentage point to a range of 1.75% to 2%, Photo: Pixabay
Written By: Reuters
RELATED NEWS

If the Federal Reserve lowers interest rates as expected on Wednesday, the decision could have wide-ranging implications for consumers` wallets. The Fed is expected to cut its benchmark rate by one quarter of a percentage point to a range of 1.75% to 2%, the second rate reduction this year. When officials cut rates in July, for the first time since 2008, they framed the decision as an effort to protect the economy from potential headwinds, including a prolonged trade war with China, low business investment and a slowdown in manufacturing.

Broader impacts of the Fed`s decision to stop raising rates and start cutting them this year are already being felt across the economy. Investors anticipated that the Fed would cut further, lowering yields on bonds, and reducing mortgage rates.

Here is a look at how the Fed`s next rate cut could affect people buying homes, paying off debt and saving for retirement.

Mortgage rates, which are influenced indirectly by the Fed and investors` expectations for the economy, have already been falling. Another rate cut from the Fed could bring those rates down further. The average rate on a 30-year fixed-rate mortgage was 3.56% as of last week, compared with 4.60% a year ago, according to Freddie Mac. Lower rates make it an appealing time for homeowners to refinance their mortgages.

Lower rates can also give home buyers more purchasing power. At a 5% interest rate on a 30-year mortgage, a buyer making a $1,000 monthly payment can afford a house worth $186,282, according to estimates from LendingTree.com, a housing website. If the rate drops to 4%, that same monthly payment would support a home worth $209,461, or an increase of about $23,000. This can be good news for people who are struggling to find homes in their price range, said Tendayi Kapfidze, chief economist for LendingTree.com. But it can also help drive prices higher at a time when there is a shortage of affordable homes.

"Lower rates make things more affordable today," said Kapfidze. "But I think in the long run, their impact on increasing home prices ultimately pushes out some people from the market."

Banks were slow to bump up the rates they pay on savings accounts despite the nine interest rate hikes pushed out by the Fed from the end of 2015 to the end of 2018. The main exception has been online savings accounts, which frequently pay interest rates north of 2%. But online banks could reduce those interest payments if the Fed continues to cut rates. Consumers worried about low rates could put a portion of their savings in a one-year certificate of deposit, which pays up to 2.5%, said Ken Tumin, founder of DepositAccounts.com, which compares deposit rates from banks and credit unions. But some savers may not want to lock up their savings for much longer than a year on the chance that the economy avoids a recession and interest rates start to rise again, he said.

With interest rates on credit cards near record highs, a drop of 0.25 percentage point likely will not offer much relief to people struggling to pay off their debt, said Greg McBride, chief financial analyst for Bankrate.com. The good news is that lower rates mean consumers with strong credit scores should still have access to credit cards offering zero percent interest on balance transfers, said Matt Schulz, chief industry analyst for CompareCards.com, a credit comparison site. Moving credit card debt onto an account that does not charge interest can help some borrowers reduce their balance more quickly, he said.

An interest rate reduction from the Fed is not likely to have a huge effect on the cost of a car. For example, a reduction of 0.25 percentage point on a five-year auto loan for a new $25,000 car would lead to savings of about $3 a month, according to an auto loan calculator from LendingTree.com. But lower interest rates should give consumers more leverage to ask for a better deal - either on the price of the car or the interest rate on the loan, Kapfidze says. That`s because car manufacturers have some wiggle room in the interest rate they charge to consumers, with some car makers using lower rates as a way to entice buyers to snap up cars in lower demand.

The Fed`s 180-degree pivot from tightening monetary policy last year to lowering rates this summer helped push the stock market to record highs this year. Reaction to any further rate cuts from the Fed will depend on whether investors believe the U.S. economy is headed into a recession. Stock markets tend to rise after "insurance" cuts from the Fed, or periods when officials lower rates to address economic concerns but the economy is not in a recession. Stock markets could fare well in a scenario where the Fed cuts rates for the second time in an "insurance" cycle and avoids a recession. The Dow Jones Industrial Average has typically risen an average of 20% one year after a second rate cut during such an easing cycle, according to Ned Davis Research. Stock market performance can falter if there is an economic downturn.