The EU regulators have asked rivals whether the Google-Fitbit deal will disadvantage fitness tracking apps hosted in Google`s Play Store. 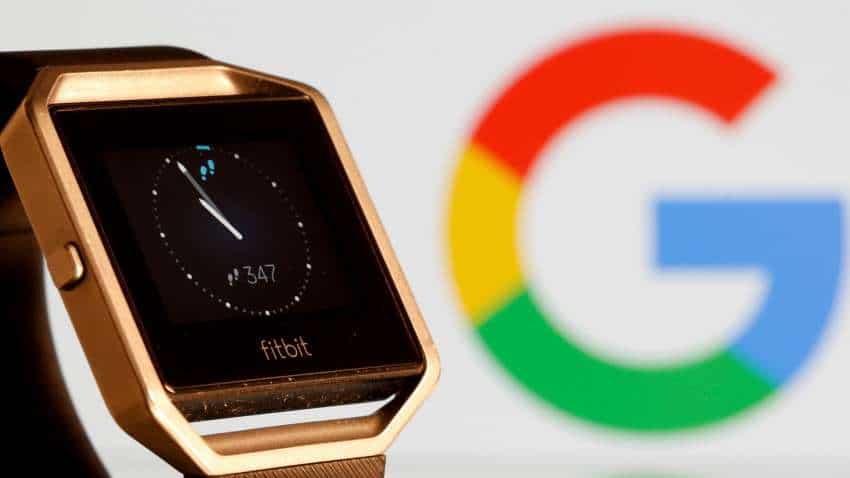 Regulators are in the process of considering whether to allow the tech giant to gobble up all this data. Photo: Reuters
Written By: IANS
RELATED NEWS

After issuing a warning in February about potential privacy risks of Google having access to Fitbits data, the European Union (EU) regulators have now sent detailed questionnaires to their rivals, asking them to assess how the acquisition can affect the digital healthcare space. The anti-competition watchdog has set a deadline of July 20 for its next decision regarding the $2,1 billion Google-Fitbit deal

"The level of detail in the recent questionnaires sent to the companies` rivals suggests an extended investigation could be in the works," reports The Financial Times.

The EU regulators have asked rivals whether the Google-Fitbit deal will disadvantage fitness tracking apps hosted in Google`s Play Store, and "how Google might use the data to profile users for its search and advertising business".

The move comes in the wake of the tech giant`s plan to scoop up the health and activity data of millions of Fitbit users.

Regulators are in the process of considering whether to allow the tech giant to gobble up all this data.

In an earlier statement, the European Data Protection Board (EDPB) wrote: "There are concerns that the possible further combination and accumulation of sensitive personal data regarding people in Europe by a major tech company could entail a high level of risk to the fundamental rights to privacy and to the protection of personal data".

In the EU, how privacy is handled will have a huge impact on whether or not the deal goes through.

The EDPB also left a reminder that Google and Fitbit are obligated to conduct a transparent assessment of "the data protection requirements and privacy implications" regarding this merger.

The US Justice Department and Australia`s Competition and Consumer Commission have also raised their concerns over the deal.

"Buying Fitbit will allow Google to build an even more comprehensive set of user data, further cementing its position and raising barriers to entry to potential rivals," according to ACCC Chairman Rod Sims.

Google acquired Fitbit for $2.1 billion late last year, a deal that includes the user data of Fitbit customers including activity, sleep, location, and other health data.

Google, however, has stressed that "Fitbit health and wellness data will not be used for Google ads."

Divestment plan: JSPL receives a revised bid of Rs 7401 crore for its power subsidiary from Worldone