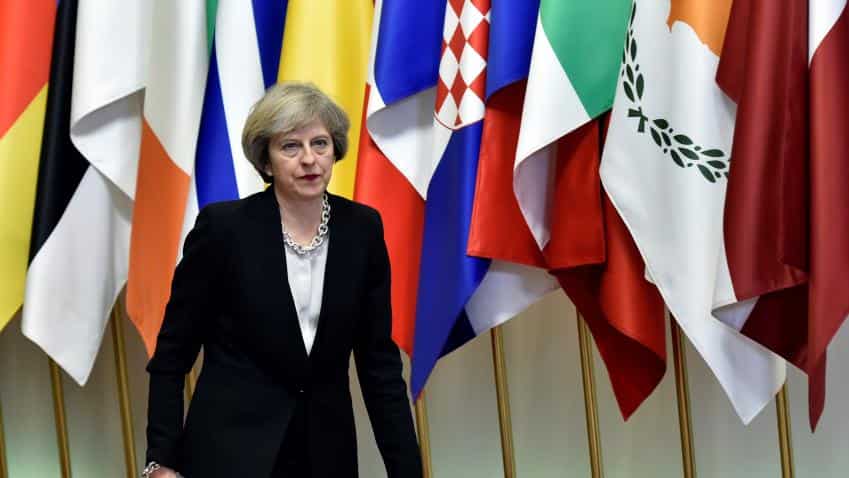 European Union (EU) leaders agreed their plan for Brexit negotiations on Thursday, pledging to move swiftly and stick together to ensure Britain does not cherry pick a sweet deal that might inspire others to unstitch the bloc.

Prime Minister Theresa May left before the other 27 leaders met briefly to formalise their plan for how to run Brexit talks.

Before heading home, diplomats said May had assured her European partners that she would launch the two-year process by the end of March despite how London judges rule in a constitutional court case that some say might jeopardise her timetable.

"It`s right that the other leaders prepare for those negotiations as we have been preparing," May told reporters.

The 27 issued a statement saying they were "determined to see the Union succeed", and were ready to negotiate quickly to "tackle the uncertainties" raised by the prospect of Brexit.

But "any agreement will have to be based on a balance of rights and obligations", they insisted, and reject British attempts to remain in the European Union's (EU) single market if it does not accept free immigration from the continent - one of four key freedoms of the Union which British voters rejected in a June referendum.

After months in which exasperated continentals have mocked divisions within May`s government over what kind of deal Britain should seek, her exhortations to the others to get on with their preparations sounded a shade ironic. But in fact Brussels did see a wobble in its facade of unity as the European Parliament grumbled that EU leaders were freezing it out of negotiations.

After warnings from senior lawmakers that the legislature risked withholding its consent to any final divorce deal if it was not included throughout the talks, national leaders offered an olive branch, saying they could attend preparatory meetings.

May, who was filmed looking unsure of herself as leaders gathered, left the summit with no mention of Brexit, focusing instead on Syria and a pledge to provide a further 20 million pounds (23.8 million euros) of support for the most vulnerable fleeing Aleppo.

She had sought to reinforce her message that, while still a member, Britain would play a full part in discussions on EU issues and keen to set a conciliatory tone for a "smooth" exit, welcoming the meeting of the other EU leaders without her.

The EU negotiating plan confirmed that a special set of institutions would be set up, mirroring existing EU forums but excluding Britain. Ministerial councils and councils of envoys would meet to keep national governments in overall control of negotiations led by French former minister Michel Barnier, the point man for the European Commission, the EU executive.

EU governments are pressing May to start talks. But they are also perplexed by what they see as unrealistic ideas in Britain about what can be achieved by a complex and unprecedented exit that even few of its supporters thought likely before the vote.

Some British ministers say they can secure a free trade deal with the EU by the time the two-year withdrawal process is over. Few EU leaders share that view and nor do many British officials. Typically such deals can take up to a decade.

The BBC quoted Britain`s envoy to Brussels on Thursday as warning the government about such a timeframe.