Former and current employees at a Boeing plant in South Carolina that produces the company`s 787 Dreamliner jet have claimed that the factory has been plagued by shoddy production and weak oversight that have threatened to compromise safety. 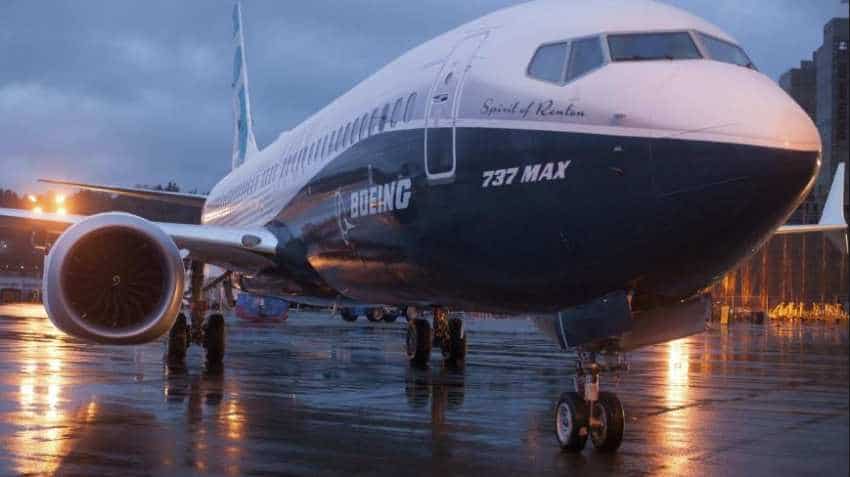 It comes as Boeing is dealing with the aftermath of two deadly crashes of its 737 Max aircraft which took place within a span of five months and killed 356 people in total. Image source: Reuters
Written By: IANS
RELATED NEWS

Former and current employees at a Boeing plant in South Carolina that produces the company`s 787 Dreamliner jet have claimed that the factory has been plagued by shoddy production and weak oversight that have threatened to compromise safety, The New York Times said in a report. A report published on Saturday revealed that after facing long manufacturing delays, Boeing pushed its work force to quickly turn out the Dreamliners, at times ignoring issues raised by employees.

It comes as the company is dealing with the aftermath of two deadly crashes of its 737 Max aircraft which took place within a span of five months and killed 356 people in total. The crashes have led to the grounding of the aircraft globally for an indefinite period.  The report is a result of of hundreds of pages of internal emails, corporate documents and federal records, as well as interviews with more than a dozen current and former employees of the North Charleston plant.

Safety lapses at the plant -- which was celebrated as "a state-of-the-art manufacturing hub" when it opened in 2009 -- have drawn the scrutiny of airlines and regulators. Qatar Airways stopped accepting planes from the factory after manufacturing mishaps damaged jets and delayed deliveries.  Workers have filed nearly a dozen whistle-blower claims and safety complaints with federal regulators, describing issues like defective manufacturing, debris left on planes and pressure to not report violations, according to the report.

Others have sued Boeing, saying they were retaliated against for flagging manufacturing mistakes. Joseph Clayton, a technician at the North Charleston plant, one of two facilities where the Dreamliner is built, said he routinely found debris dangerously close to wiring beneath cockpits.

"I`ve told my wife that I never plan to fly on it," he told The New York Times. "It`s just a safety issue." The report said that faulty parts were installed in planes. Tools and metal shavings have routinely been left inside jets, often near electrical systems. Aircraft have taken test flights with debris in an engine and a tail, risking failure.

On several planes, John Barnett, a former quality manager who worked at Boeing for nearly three decades and retired in 2017, discovered clusters of metal slivers hanging over the wiring that commands the flight controls.  If the sharp metal pieces - produced when fasteners were fitted into nuts - penetrate the wires, he said told The Times that it could be "catastrophic".

Barnett, who filed a whistle-blower complaint with regulators, said he had repeatedly urged his bosses to remove the shavings. But they refused and moved him to another part of the plant. Another former employee, Rich Mester, told The Times that he also found problematic objects in planes produced at the plant.

Mester, a former technician who reviewed planes before they left the plant and who the paper reports was fired, said he had found "tubes of sealant, nuts, stuff from the build process". Debris found in planes "has cost Boeing at other plants", including their Everett, Washington, factory, where the company built the KC-46 tanker for the Air Force.

Regarding the plant, Kevin McAllister, Boeing`s head of commercial airplanes, said in a statement on Saturday: "Boeing South Carolina teammates are producing the highest levels of quality in our history.  "I am proud of our teams` exceptional commitment to quality and stand behind the work they do each and every day."