Elon Musk may get no salary unless Tesla hits milestones

Tesla also put to rest speculation that Musk will quit any time soon, saying the milestones required him to remain as CEO or serve as both executive chairman and chief product officer. 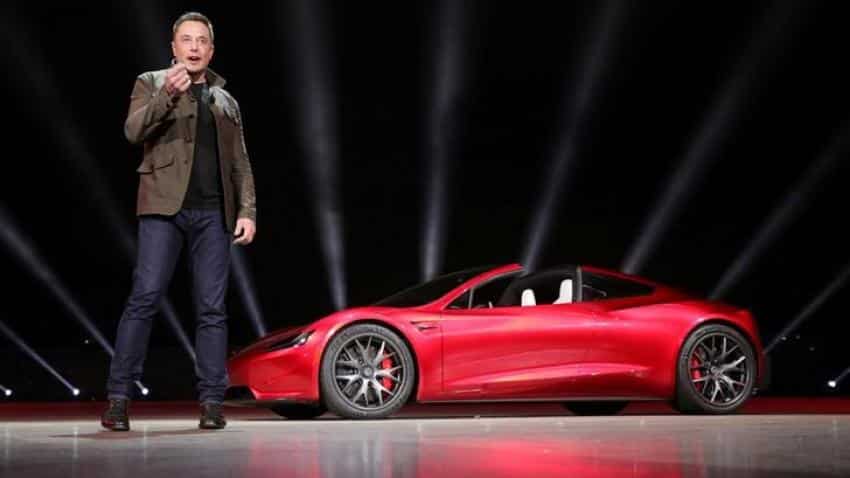 Elon Musk will get no salary from Tesla Inc and all his compensation as Chief Executive of the electric car maker will be tied to stock and operational milestones. Image source: Reuters
RELATED NEWS

Silicon valley billionaire Elon Musk will get no salary or cash bonuses from Tesla Inc and all his compensation as Chief Executive of the electric car maker will be tied to stock and operational milestones, the company said on Tuesday.

Tesla also put to rest speculation that Musk will quit any time soon, saying the milestones required him to remain as CEO or serve as both executive chairman and chief product officer.

"This ensures that Elon will continue to lead Tesla`s management over the long-term while also providing the flexibility to bring in another CEO who would report to Elon at some point in the future," Tesla said, adding that there was no current intention for this to happen.

The delays and Tesla`s high cash burn rate has worried Wall Street that Musk`s ambition to build the company into a behemoth will severely stretch its production capabilities.

Musk`s only compensation will be a 100 percent at-risk performance award, which ensures that he will be compensated only if Tesla performs "extraordinarily well", the company said in a statement.

The new performance award consists of a 10-year grant of stock options that vest in 12 tranches that are tied to milestones. "For Elon to fully vest in the award, Tesla`s market cap must increase to $650 billion," Tesla said.

The company currently has a market value of roughly $60 billion.

The Palo Alto, California-based company`s market capitalization must increase to $100 billion for the first tranche to vest and must continue to increase in additional $50 billion increments for the remaining 11 tranches, it said.

Musk, also Tesla`s chairman, was an early investor in the company and is now its biggest shareholder with a 20 percent stake.

A serial entrepreneur, he has founded several companies, including rocket maker SpaceX and The Boring Company. His net worth is about $20 billion, according to Forbes.

Musk has vowed that Tesla will become "the best manufacturer on Earth," helped by a new, highly automated assembly line and a simpler design for its Model 3 sedan. However, production woes have slowed deliveries.

While Tesla`s luxury Model S sedans and Model X SUVs have earned it fans, analysts say the company`s more mass market Model 3 sedan is the key to its success. Tesla`s shares were up 1 percent in premarket trading. They gained 46 percent last year.

The company said on Tuesday it must meet a set of escalating revenue and adjusted EBITDA targets for Musk to earn compensation tied to the operational milestones.

For each tranche, Musk will vest in stock options that correspond to about 1.69 million shares, or 1 percent of Tesla`s current total outstanding shares.

Musk and his brother Kimbal did not participate in the more than six month process. Shareholders, excluding the Musks, will be asked to vote on it in a special shareholder scheduled in late March.