Massachusetts Senator Elizabeth Warren has an India connection which was not known widely till now. 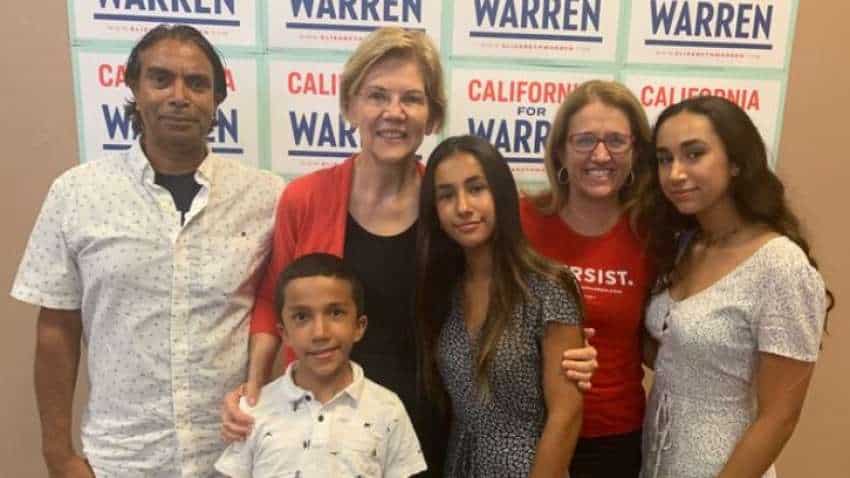 Tyagi is a graduate of the Indian Institute of Technology (IIT) Delhi, UC Berkeley and has an MBA from Wharton and a postgraduate degree in Ocean Engineering from UC Berkeley. Photo:Screen grab from Sushil Tyagi twitter handle
Written By: IANS
RELATED NEWS

Massachusetts Senator Elizabeth Warren, a Democratic presidential candidate, has an India connection which was not known widely till now.

Warren, who is the grandmother of three Indian-American grandchildren, has travelled to India for several family occasions and met the relatives in Uttar Pradesh.

Tyagi is a graduate of the Indian Institute of Technology (IIT) Delhi, UC Berkeley and has an MBA from Wharton and a postgraduate degree in Ocean Engineering from UC Berkeley.

He has a home in Dehradun, Uttarakhand where his mother lives, and whom the grandchildren visit.

Currently, he is the President of Berkeley Marine Robotics in Los Angeles, California.

According to media reports, Tyagi is quoted as saying that the latest venture stems from prior engineering work on marine structures at UC Berkeley. Tyagi aims to build robotic systems for ocean exploration and conservation.

Tyagi grew up in Uttar Pradesh since his father became a police constable to augment the meagre family income from farming. As a child of a small farmer, he grew up taking the cattle to the ponds and taking the sugarcane carts to the crushers.

Coming from a family background, where nobody had gone to college, it was a huge challenge for a Hindi medium aspirant to try for IIT exams.

Tyagi credits an Uttar Pradesh Police scholarship which helped ease the cost burden for parents after he was selected for IIT.