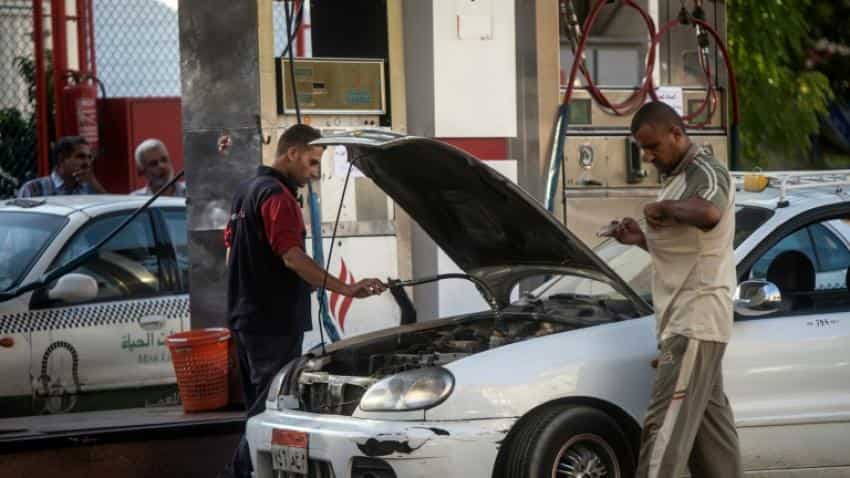 Fuel prices were to rise dramatically in Egypt on Friday after the central bank floated the currency to address a dollar crunch that has threatened to cause some imports to grind to a halt.

The Oil Ministry announced the increases in prices of subsidised petroleum products late on Thursday as part of broader financial reforms.

The government of President Abdel Fattah al-Sisi is rolling out an austerity programme and seeking billions in support from abroad in order to meet conditions for a $12 billion loan from the International Monetary Fund (IMF).

Floating the pound had long been among a list of measures demanded by investors and international creditors, but had been avoided in the fear that rising prices could provoke unrest.

Lower grade petrol would go up from Friday by nearly 50% to 2.35 pounds a litre while higher octane fuel would increase around one third to 3.5 pounds per litre, according to an Oil Ministry statement.

Egypt's pound plunged in value on Thursday, with the dollar trading on official markets at between 13.5 and 14 Egyptian pounds, according to several banks contacted by AFP, up sharply from the previous rate of 8.8.

Thursday's central bank decision came as a surprise, after officials said they would only consider a flotation once foreign reserves reached $25 billion, up from September's $19.6 billion.

Egypt has struggled to boost its foreign currency reserves in the political and economic turmoil that has followed the January 2011 uprising that toppled former ruler Hosni Mubarak.

Central bank governor Tarek Amer said on Thursday said the government had pledged to continue subsidising food items "to protect the poor from the rise in prices".