Earthquake in Philippines: Cotabato province in the Philippines witnessed a massive earthquake measuring 6.6 on the Richter scale on Tuesday. 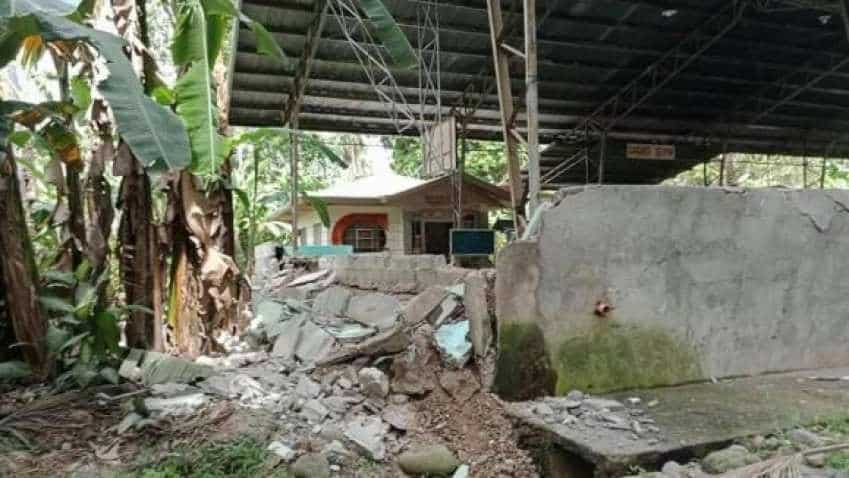 Earthquake in Philippines: Cotabato province in the Philippines witnessed a massive earthquake measuring 6.6 on the Richter scale on Tuesday. Reuters
Written By: ZeeBiz WebTeam
Edited By: Harish Dugh
RELATED NEWS

Earthquake in Philippines: Cotabato province in the Philippines witnessed a massive earthquake measuring 6.6 on the Richter scale on Tuesday. However, authorities have issued a 'no tsunami' warning in the province. According to the Philippine Institute of Volcanology and Seismology (Phivolcs), the quake struck at 9.04 a.m and hit at a depth of 7 km, about 25 km southeast of Tulunan town.

2. The earthquake may cause aftershocks damage according to the institute.

3. Local officials in the affected provinces said the strong earthquake sent panicking people out of their houses and buildings.

4. The officials said that tremors cut the power supply in many of the affected provinces, knocked down electric posts and shattered glasses in some of the establishments.

5. Patients of a local hospital were evacuated out of the building.

6. Cotabato and provinces on Mindanao island are still recovering from the October 16 magnitude 6.3 earthquake that jolted the region, in which at least six people were killed and 167 injured.

As the Philippines lies in the location along the Pacific 'Ring of Fire', registering quakes every day, has frequent seismic activity. Phivolcs records an average of 20 earthquakes a day and 100 to 150 earthquakes are felt per year.