Earthquake in Indonesia: A strong quake measuring 7.4 on the Richter scale struck the west coast of Indonesia on Friday, triggering a tsunami warning. 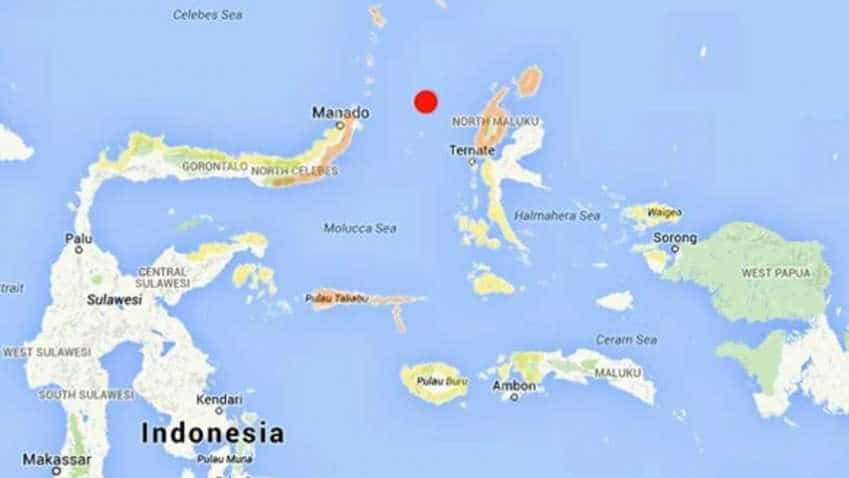 Earthquake in Indonesia: As per The Jakarta Post report, the epicenter of the earthquake was 147 km southwest of Sumur, Banten, with a depth of 10 km. Photo courtesy; Google map
Written By: ZeeBiz WebTeam
Edited By: Harish Dugh
RELATED NEWS

Earthquake in Indonesia: A strong earthquake measuring 7.4 on the Richter scale struck the west coast of Indonesia on Friday, triggering a tsunami warning. According to the BKMG — Indonesia's Meteorology and Climatology Agency — the 7.4 magnitude quake struck about 10 km offshore, which is around 147 km from Sumur, southwest of the capital Jakarta. A tsunami warning has already been issued for the coastal areas of Banten, West Java, Lampung and Bengkulu. People living in the affected region have been urged to move to higher ground. No reports of casualty or damages have been reported so far.

However, the USGS (United States Geological Survey) has reported 6.8 magnitudes of an earthquake on the Richter scale hitting Indonesian west coat after the 8 AM ET. As per the USGS, this earthquake's epicenter was was 65 miles from the city of Tugu Hilir in the province of Banten, on the island of Java.