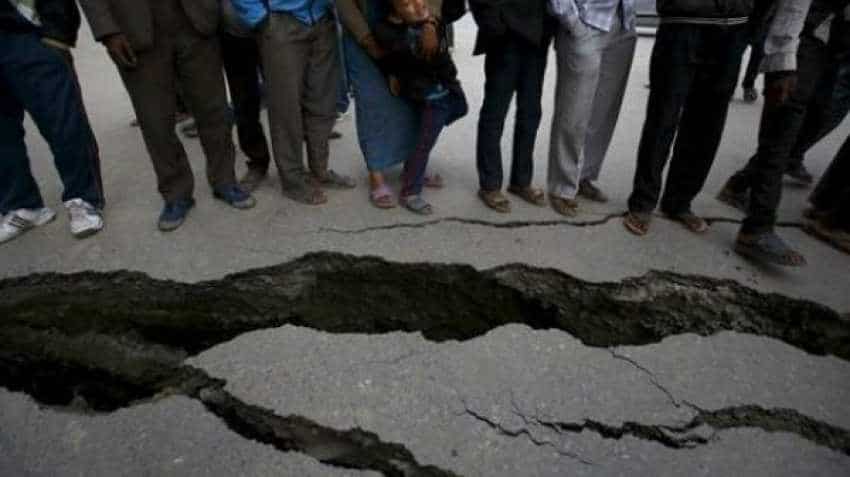 Earthquake in Indonesia: The quake damaged a university building, a hospital, a bridge, and other buildings in the province, said a local unit of the disaster management agency. Photo: Reuters
Written By: ZeeBiz WebTeam
Edited By: Harish Dugh
RELATED NEWS

Earthquake in Indonesia: A 6.5 magnitude earthquake that took place in Indonesia's Malaku province on September 26, 8 people have been reported killed while more than 20 people have got injured. As per the local official's report, more than 8,000 people have fled home as the earthquake triggered panic among the local populace. The officials further reported that the earthquake occurred at 6.46 a.m. (local time) on Thursday, with the epicenter about 40 km from Ambon, the capital of Maluku province. It was followed by an aftershock of 5.6 magnitudes at 7.39 a.m. (local time). On damages to the public property, the local officials reported that the tremors damaged a university building, a hospital, a bridge and other buildings in the province

"For now, I can confirm that eight people died but reports from several other affected areas have not reached," she told Xinhua news agency.

"We have set up some field health clinics as a hospital was damaged. Some other facilities have also been established to accommodate the needs of the evacuees.

The risk assessment of the natural disaster has been underway in the province, Salampessy added.

"The number of casualties and injured persons could change," said Rita Sihombing, a press officer of the national disaster management agency.

Indonesia is prone to earthquakes as it lies on a vulnerable quake-impacted zone called "the Pacific Ring of Fire".

The temblor damaged a university building, a hospital, a bridge and other buildings in the province, said Farida Salampessy, head of the province`s operation unit of the disaster management agency. (With inputs from IANS)