California is prone to earthquakes as it resides right on the boundaries of the North American tectonic plate and the Pacific Plate. 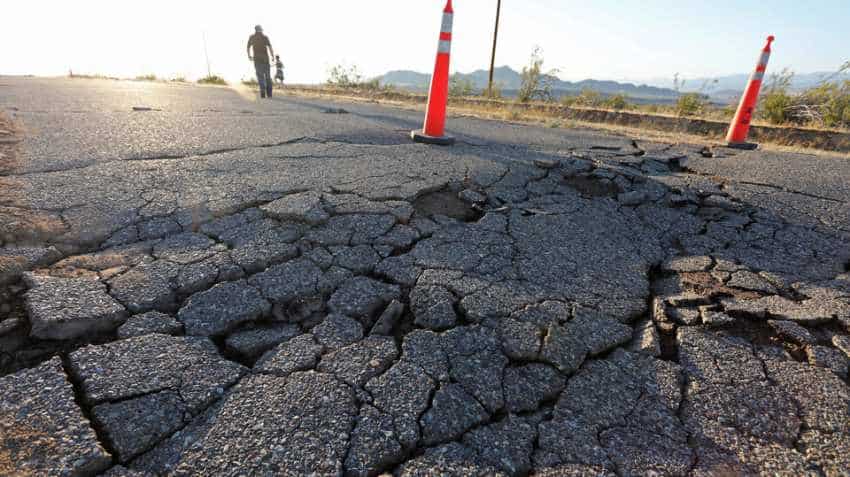 Earthquake in California: This US state has been hit by more than 3,000 quakes in the past seven days amid rife speculation that the US city may witness a Big One. San Francisco had experienced an estimated magnitude-7.9 earthquake along the San Andreas fault which killed more than 3,000 people, and injured 225,000 in 1906. Notably, Californians have been expecting the 'big one' to happen any day.

Notably, California is prone to earthquakes as it resides right on the boundaries of the North American tectonic plate and the Pacific Plate. The point where the two plates meet and grind against one another is known as the San Andreas fault line. The fault line is where many predict the Big One will strike, the report said.

According to the report, most earthquakes on record do not meet the USGS classification of strong. The Big One is a hypothetical magnitude 8 or higher earthquake which is thought to strike California every few hundred years. California came close to the Big One in 1906, when a magnitude-7.9 event destroyed much of San Francisco.

In that quake, the city witnessed devastating fires that lasted for several days. As a result, 3,000 people died and over 80 per cent of the city of San Francisco was destroyed. The death toll remains the greatest loss of life from a natural disaster in California’s history.